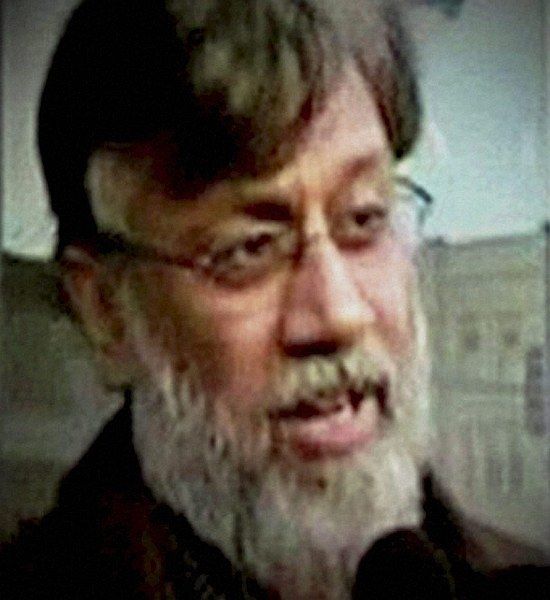 Pakistani-Canadian Tahawwur Rana, who was sentenced to 14 years in jail for providing material support to Pakistan-based LeT and for backing a plot to attack a Danish newspaper, would appeal against his conviction, his attorneys said today.

"I am sure he is pleased that the judge decided not to include the terrorism enhancement. We would appeal the conviction, certainly and we would discuss this with Mr Rana," Peter Blegan, attorney for Rana told reporters after a Chicago court yesterday sentenced Rana, 52, for 14 years in jail followed by five years of supervised release.

"The next step is to appeal. That is to challenge the conviction on evidentiary grounds whether there were errors during the trial," Blegan told PTI, adding he has 14 days to file the appeal.

"We will discuss with Mr Rana whether we would try to reduce the sentence, but would certainly be attacking the fact that he was convicted," he said.

The US District Judge Harry D Leinenweber sentenced Rana after hearing from both the government attorney and those of Rana, during which the two argued on the length of imprisonment.

The last minute arguments lasted for more than an hour and half before the judge noted "This certainly was a dastardly plot".

"My reaction is the judge made the right decision. We had asked for slightly below guideline sentence (135 months). We got a high end (168 months) of the guideline sentence, but I have a lot of respect for Judge Harry Leinenweber and he has been doing this for a long time," Blegan said.

"He took into account what he considered was the serious nature of the offence and that is why he gave the high end of the guideline," he added.

The two attorneys had not got a chance to talk to Rana after the verdict. There was no immediate comment from the federal prosecutors in this regard.

"The jury found Mr Rana guilty on the Denmark plot and not guilty on Mumbai. The government attempted to have Mr Rana sentenced as if he had been convicted of both. Judge Leinenweber simply sentenced him on Denmark," Swift said.

Responding to questions, Blegan said Rana is "almost certainly" going to be deported.

"He is a Canadian citizen. We expect that he would be deported after serving his sentence," he said.

"Supervised release for somebody being deported is clearly a non-issue. If for some reason he does not get deported, he serves five years of supervised release like parole, probation, which he probably not going to do because he would be deported," the attorney said.

Given the fact that Rana has already served three years behind bars after his arrest in October 2009, Blegan said this would be included in his 14 years of sentencing.

He hoped that the possible good behaviour shown by Rana inside the prison could result in further reduction of his jail term.