Syria Rebels Brace for 'Mother of All Battles'

outlookindia.com
-0001-11-30T00:00:00+0553
Syrian rebel forces were bracing today for the "mother of all battles" in Aleppo, as the former UN observer mission chief said President Bashar al-Assad's fall was a matter of time.

Waves of troop reinforcements have been pouring into the northern city -- Syria's second largest -- and a government security official told AFP the offensive feared by the rebels could come as early as today.

"The special forces were deployed on Wednesday and Thursday on the edges of the city, and more troops have arrived to take part in a generalised counter-offensive on Friday or Saturday," the source said.

Early today, helicopter gunships strafed a string of rebel neighbourhoods in the southwest of the city. Clashes also broke out in the Al-Jamaliya district, adjacent to Aleppo's historic old quarter, a human rights watchdog said.

Three people were killed in shelling of the southern Fardoss district and one was shot dead in the Maysaloon neighbourhood, the Britain-based Syrian Observatory for Human Rights reported.

In Salaheddin, a rebel bastion in the southwest of the city, hundreds of opposition fighters were bracing for the counter-offensive threatened by the embattled Assad regime.

An AFP photographer saw improvised barriers made up of sandbags and even a bus thrown up across the the streets, as well as makeshift clinics set up inside schools and mosques.

Four of the five roads between the city centre and the airport were under rebel control.

"The army's reinforcements have arrived in Aleppo," Colonel Abdel Jabbar al-Okaidi, a spokesman for the rebel Free Syrian Army, told AFP via Skype, adding they were backed by some 100 tanks. "We expect a major offensive at any time."

The front page of yesterday's edition of pro-government daily Al-Watan carried the banner headline: "Aleppo, the mother of all battles. 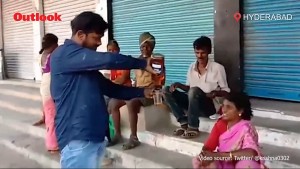