Syria Forces Retake Palmyra From IS in Major Symbolic Victory 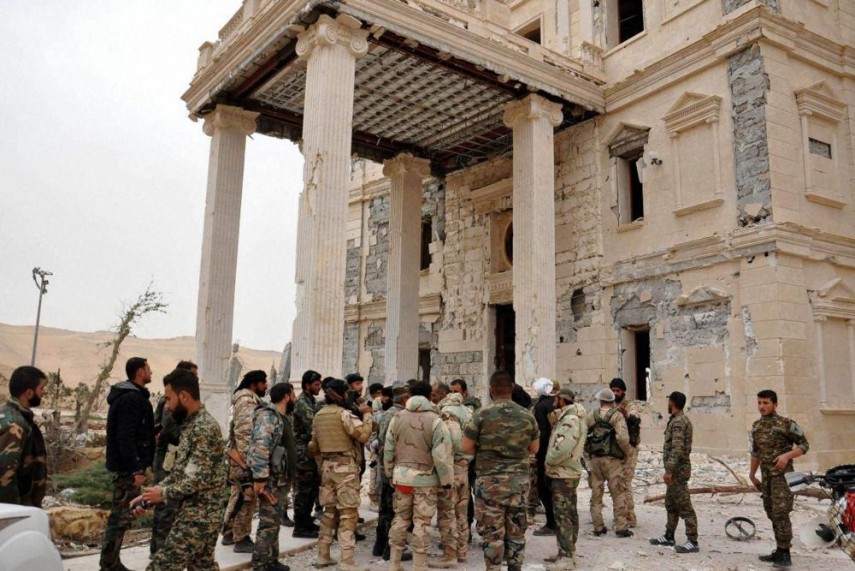 Print
A
A
A
increase text size
Outlook March 27, 2016 09:26 IST Syria Forces Retake Palmyra From IS in Major Symbolic Victory

Syrian troops recaptured the ancient city of Palmyra from the Islamic State group today and pledged to build on the win with an advance against other jihadist strongholds.

President Bashar al-Assad hailed the victory as an "important achievement and fresh proof of the efficiency of the Syrian army and its allies in fighting terrorism."

The army said pro-government forces had cleared IS fighters from the UNESCO world heritage site, where the jihadists sparked a global outcry with the systematic destruction of treasured monuments.

"Palmyra will be the central base to broaden operations... against Daesh in numerous areas, primarily Deir Ezzor and Raqa," the army said in a statement carried by state media, using an Arabic name for IS.

The northern city of Raqa is IS's main Syrian bastion and the oil-rich eastern province of Deir Ezzor is another key stronghold.

Backed by a barrage of Russian air strikes, Syrian troops and allied militia launched a major offensive to retake the desert city this month.

Palmyra is both a symbolic and strategic prize for Assad's forces, as it provides control of the surrounding desert extending all the way to the Iraqi border.

At least 400 IS fighters were killed in the battle for the city, the Syrian Observatory for Human Rights said. On the government side, 188 troops and militiamen were killed.

"That's the heaviest losses that IS has sustained in a single battle since its creation" in 2013, the director of the Britain-based monitoring group, Rami Abdel Rahman, told AFP.

He said two cars packed with explosives blew up in the afternoon, one west of Palmyra and the other northeast of the city.

A military source told AFP that IS militants had retreated towards the east as the army made its final push.

Syrian state television broadcast footage from inside Palmyra's famed museum, showing jagged pieces of sculptures on the ground and blanketed in dust.

A stone head of one statue lay in the centre of one room.

Most artefacts were evacuated by antiquities staff before IS arrived in May 2015, but larger pieces that could not be moved remained in the building.

An AFP journalist inside Palmyra said residential neighbourhoods were like ghost towns with no civilians in sight while damage was widespread.

Most buildings bore impacts from artillery shells and gunfire, and some were entirely reduced to rubble.