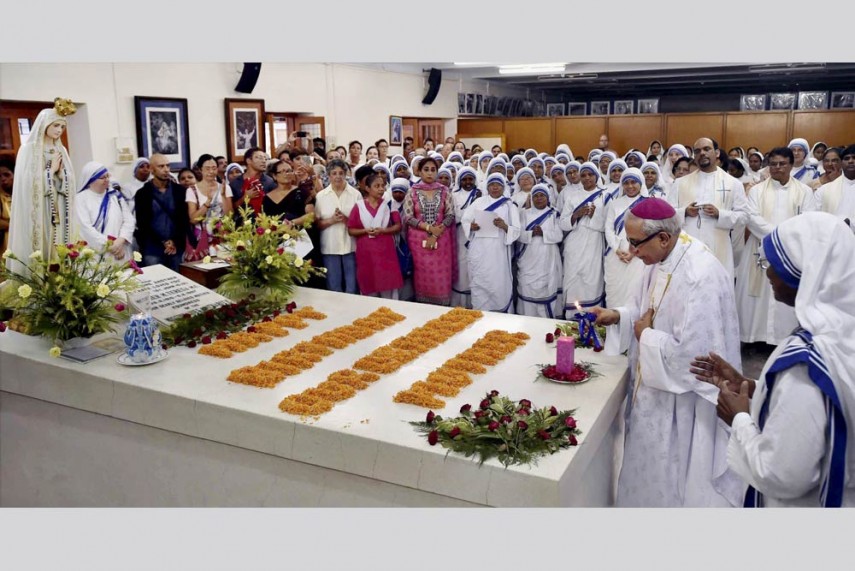 External Affairs Minister Sushma Swaraj will lead a 12-member delegation to represent India at canonisation ceremony of Mother Teresa in Vatican on September 4.

External Affairs Ministry Spokesperson Vikas Swarup said two delegations led by chief ministers had sought political clearance from the Ministry of External Affairs to attend the event and it has been granted.

Delhi Chief Minister Arvind Kejriwal and West Bengal Chief Minister Mamata Banerjee will also be travelling to Rome to attend the canonisation ceremony of Mother Teresa where she will be declared a saint.

In March, Pope Francis had announced that Mother Teresa, who founded the Missionaries of Charity, will be elevated to sainthood after the Church recognised two miracles attributed to her after her death in 1997.

Mother Teresa, who will now be declared a saint of the Roman Catholic Church, was beatified by then Pope John Paul II in a fast-tracked process in 2003.

Judge of Supreme Court Justice Kurian Joseph, eminent lawyer Harish Salve, Secretary General of Catholic Bishops' Conference of India Theodore Mascarenhas, K J Alphons, who was tipped to be appointed the administrator of Chandigarh. His appointment could not materialise.

Secretary (West) in the Ministry of External Affairs Sujata Mehta will also be part of the delegation.

Swarup did not rule out a bilateral meeting between Swaraj and her Italian counterpart during her visit.