Swamy, Who Filed The First Complaint In 1996, Hails Sasikala Verdict 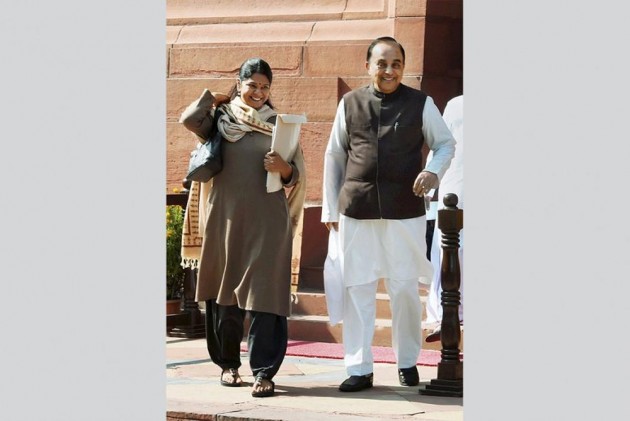 BJP leader Subramanian Swamy today hailed the Supreme Court verdict convicting AIADMK General Secretary V K Sasikala in disproportionate assets case, saying the 20-year-old wait has yielded results and it does not matter which party does corruption but the courts will take a tough stand.

Swamy, who had filed the first complaint in 1996 as the then Janata Party chief, said "we have fought for this for 20 years."

On the verdict passed by Justices P C Ghose and Amitava Roy, he said "we knew that this bench will study the case properly and pass a detailed order."

Swamy, who has been filing cases against his political opponents, said "this is a huge encouragement for me from the highest court of the land."

"This judgement shows that it does not matter which party does corruption, the courts will take a tough stand against them," he said.

The BJP leader said, "I am gratified by the extra note by Justice Roy in placing that corruption is a menace to the society."