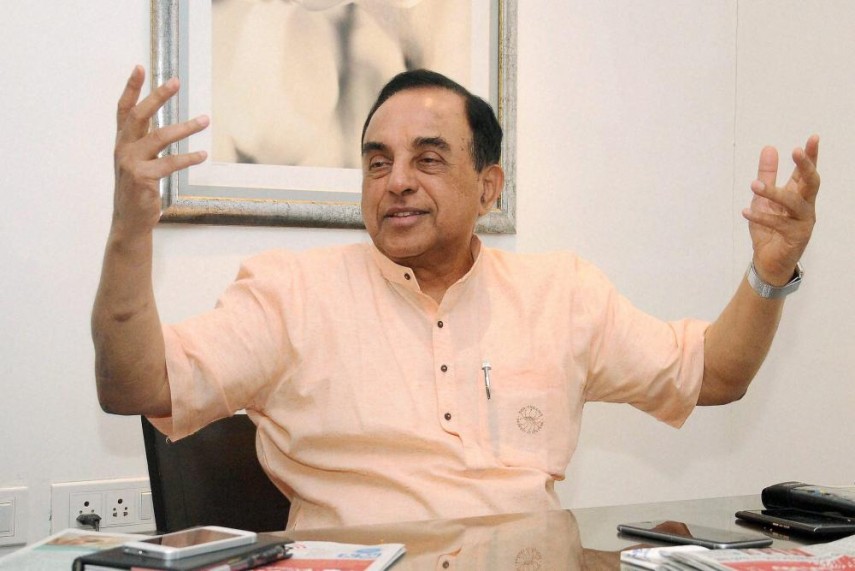 He is a strident critic of the Nehru-Gandhi family and the man behind their legal troubles, but BJP leader Subramanian Swamy today hailed Rajiv Gandhi for his "noble efforts" to resolve the Ayodhya dispute and said the Congress leader would have built a Ram temple if elected Prime Minister for a second term.

"I have known Rajiv Gandhi very well. Had he become Prime Minister once again, he would have definitely constructed the Ram Temple at the same place (where the demolished Babri mosque stood).

"He had got the Ram temple (Babri masjid) unlocked and allowed the shilanyas (foundation laying) ceremony for the Ram temple," he said addressing a seminar here on 'Why Shri Ram Temple at Ayodhya and How'.

The BJP leader, who has dragged Congress president Sonia Gandhi and her son and deputy Rahul to court in the National Herald case, said Rajiv Gandhi had started "upholding the concept of Ram Rajya" but things changed after his untimely demise.

Swamy said he was making efforts to build a consensus over hearing of the Babri Masjid-Ram Janmabhoomi case by the Supreme Court on a daily basis.

The former Union minister claimed he had spoken to Muslim leaders involved in the case about the proposal and they had even agreed in principle. However, when it was their turn to back the proposal in the court, they kept "mum", he said.

The BJP leader hoped the final verdict by the Supreme Court will pave the way for construction of a Ram temple at the disputed site in Ayodhya. He said the construction work could begin before the end of the current year.

To a question on whether the country needed schools, hospitals, roads and toilets more or a Ram temple, he said "This (development) is the job of the government and the government is doing it in a fine way. Government will take care of it. Let me do my job (to pursue temple construction)."