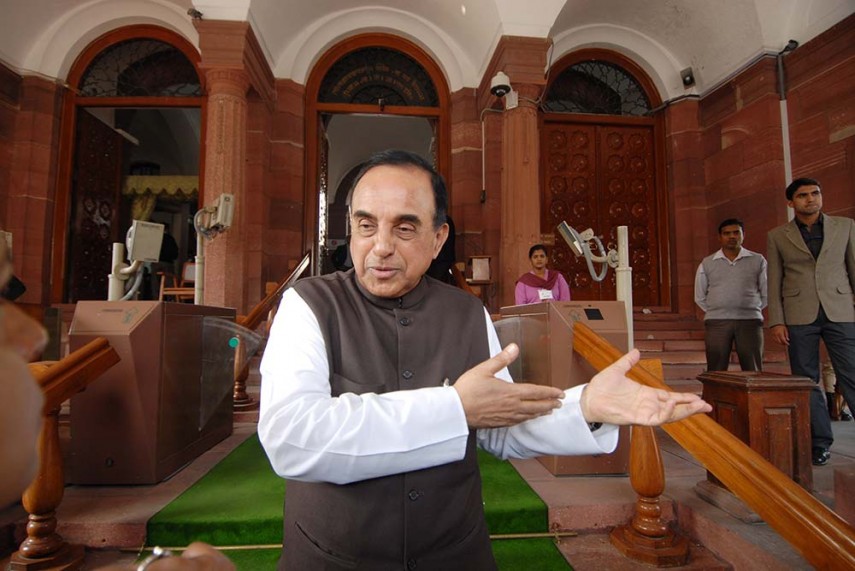 Outspoken BJP leader Subramanian Swamy today came out in support of V K Singh, amid the ongoing row over the Army chief's affidavit against him, saying the Minister was continuously being targeted by "certain corrupt forces" and there was a "paid slander campaign" against him.

Swamy said that the government should take steps to protect Singh since as a Minister he cannot defend himself in a "slugfest with the present Chief of Army Staff" Gen Dalbir Singh Suhag.

He claimed the corrupt forces are unhappy with Singh as he as the Army chief had prevented illegal kickbacks in weapons purchase and exposed certain officials to vigilance inquries.

Singh is now the Minister of State for External Affairs.

Citing examples, he said that the culprits in Adarsh Housing Society and the Sukhna Land scam were exposed during Singh's tenure as Army chief.

"The DV (Discipline and Vigilance) Ban on appointment of certain Generals was issued after due process. No COAS (Chief of Army Staff) can issue a DV Ban on a whim," the Rajya Sabha MP said in a statement.

Suhag had this week in an affidavit in Supreme Court accused Singh of victimising him when he was the Army chief.

In 2012, Suhag was placed under a discipline and vigilance (DV) ban by Singh, for his alleged "failure of command and control" after a Court of Inquiry was ordered into an operation carried out in Jorhat, Assam, on the night of December 20-21, 2011 by the 3 Corps Intelligence and Surveillance Unit.

Suhag, who was the then General Officer Commanding of the unit, said the imposition of DV ban on him and issuance of a show cause notice by the then COAS "was illegal and premeditated".

Swamy said that DV Ban is a matter which is examined by not just the Vigilance Branch but also by MoD at the highest levels.

Only after these three bodies recommend DV ban, can the process be initiated, he said.

"The most recent attempt to slander Gen Singh for the vigilance inquiry was so ordered against Lt Gen D S Suhag in May 2012 and not by Gen V K Singh as part of the alleged personal animosity between them," he said.

Swamy said the government should take steps to protect Singh from this "paid slander campaign" since being a Minister, he cannot defend himself in a slugfest with the present Army chief.