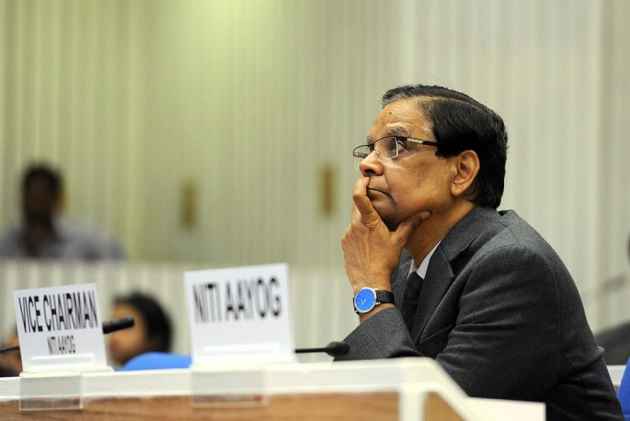 India's 'fragile economy' has been turned around in the last three years and a sustained growth of 8 per cent would now be possible within a few years, NITI Aayog vice chairman Arvind Panagariya said today.

The statement comes amid the country losing the fastest growing major economy tag to China with its GDP growth rate slipping to 6.1 per cent in the January-March quarter of last fiscal.

China, in contrast, recorded 6.9 per cent growth during the quarter.

"Modi government had inherited a rather fragile economy. We will grow at 7.5 per cent in the current year and before present term of the government ends, I would expect we would touch 8 per cent mark and probably enter another sustained growth trajectory of 8 per cent plus by the time government completes its term," Panagariya said at a press conference.

India's growth slipped to 3-year low of 7.1 per cent in 2016-17 on account of poor performance of manufacturing and services sectors.

On November 9, 2016, the government had demonetised higher value currency which wiped off about 87 per cent of notes in circulation, leading to a severe cash crunch and disru