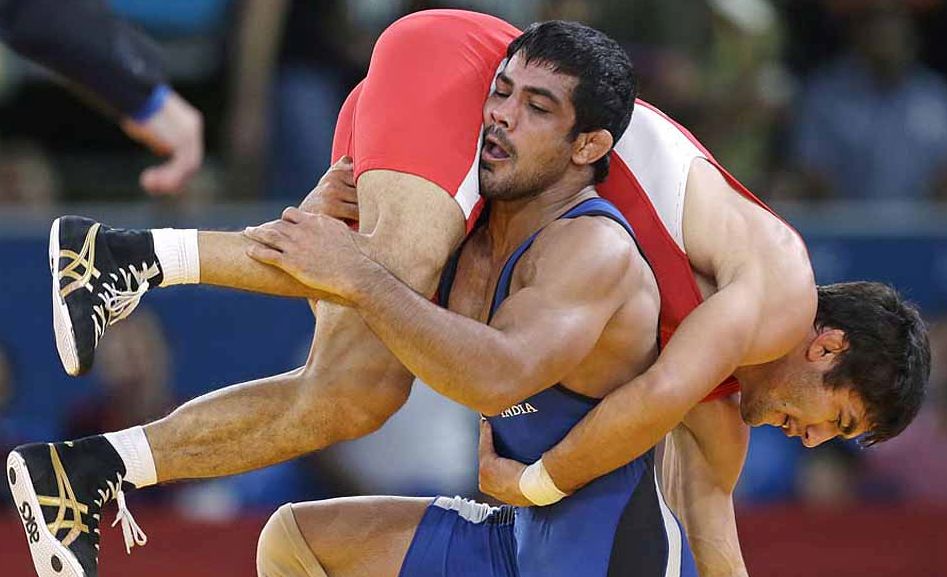 Suspended wrestler Narsingh Yadav has objected to Sushil Kumar’s appointment as a national observer, raising conflict-of-interest allegations, in a letter to the Sports Ministry.

Narsingh last week sent a letter to the Sports Ministry, raising questions on how Sushil could become a national observer, when he is involved with the grooming of wrestlers at the Chhatrasal Stadium’s akhada which is run by his father-in-law Satpal.

“Narsingh has written a letter to the Sports Ministry, raising objection on Sushil being a national observer. According to Narsingh, Sushil would favour his students from Chhatrasal as a national observer,” a top Wrestling Federation of India (WFI) official in the know of things told PTI.

“Narsingh has claimed that being a national observer while training kids in his akhada is a conflict of interest.”

Sushil, India’s double Olympic medallist, is among 14 Olympians appointed by the Sports Minister as national observers for their respective disciplines earlier this year.

Narsingh also questioned how Sushil has been appointed observer despite allegations of sabotage levelled against him before Rio Olympics. Narsingh has been suspended on charges doping for four years.

“Narsingh has also apparently written about his doubts over Sushil’s alleged sabotage attempt in spiking Narsingh’s food and drinks before the Olympics and the resultant four-year suspension on him from wrestling,” the official claimed.

When Sushil asked about Narsingh’s letter, the 34-year-old said: “That is up to him to write to anyone he feels like, raising whatever objection. I have no hard feelings for anyone or about anything.

“Moreover I do not understand how it is conflict of interest. I am just a national observer, whose job is to monitor the sport of wrestling and give feedback to build a good squad for future Olympics,” Sushil said.

Last year, in the run up to the Rio Olympics, Narsingh and Sushil were involved in a bitter court battle, which was followed by a dope scandal that resulted in the eventual suspension of the former.

It all started with a tussle for an Olympic berth in the men’s 74kg freestyle category after the WFI reneged on its promise of holding a trial to decide who among Sushil and Narsingh would represent India in the Rio Games.

In the process, Sushil felt short-changed and even took the legal recourse but could not get a showdown with Narsingh as had been promised to him by the federation after an injury prevented him from competing in the Olympic qualifiers.

Narsingh was picked by the WFI on the basis of him bagging the 74kg Olympic quota berth with a World Championships bronze, while Sushil’s demands for a trial were rejected by both the Federation as well as the Delhi High Court after a lengthy legal battle.

However, Narsingh’s triumph was short-lived as he failed a dope test conducted by National Anti-Doping Agency (NADA) barely 10 days before the start of the Rio Games.

Although NADA later gave him the clean chit, a subsequent hearing by the World Anti-Doping Agency (WADA) barred Narsingh from participating in the Olympics and also handed him a suspension.