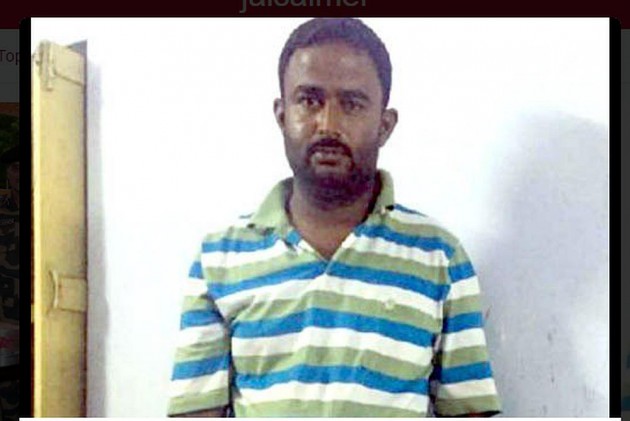 A Pakistani national has been arrested near the Indo-Pak border in Jaisalmer in Rajasthan on charges of being an ISI spy, with police claiming to have recovered classified information from him.

The man, identified as 26-year-old Nand Lal Meghwal, is a resident of Sangad district in Pakistan and had come to India earlier this month on visa.

"Following a tip off, a team of intelligence personnel caught him from a hotel in Jaisalmer. He had classified information stored in micro SD cards besides photographs of defence installations and vehicles,” U R Sahoo, ADG Intelligence, said.

Meghwal, who was arrested last night, was being taken to Jaipur for joint interrogation by intelligence agencies.

"Primary investigation reveals that the accused remained in constant touch from Pakistan with anti-social elements and smugglers living in border areas of Rajasthan and also smuggled them various articles," Sahoo said.

"In lieu of smuggling items on cheap rates, he used to collect information about defence and intelligence agencies and their activities and would pass it on to his handlers of ISI,” the ADG said.

The accused used WhastApp, Facebook and Skype for communicating with his sources in the border areas, he added.

Additional SP CID (Intelligence) Rajiv Dutta said the accused had visa for Jodhpur only but he came to visit Jaislamer in violation of the visa norms.

Continue FREE with Ads Pay Rs. 1 to Read Without Ads
READ MORE IN:
National
Next Story : 15 Held in Thailand Not Linked to Tourist Bombs: Police
Download the Outlook ​Magazines App. Six magazines, wherever you go! Play Store and App Store