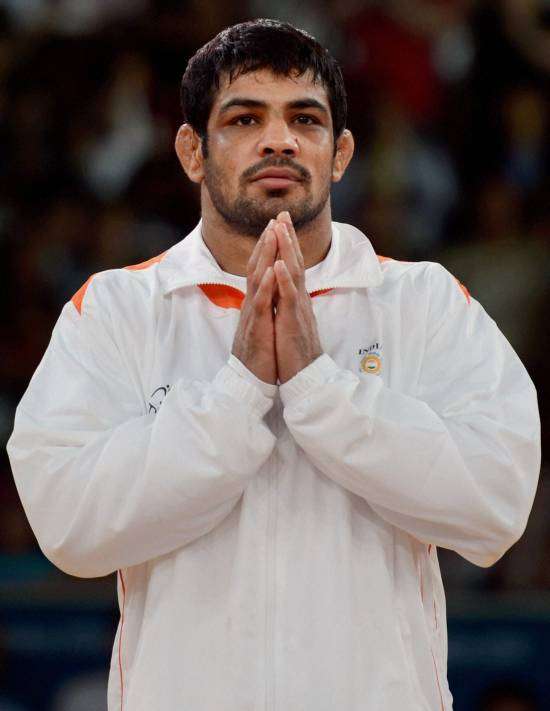 In order to encourage people, especially youths, to cast their votes in the February 7 Delhi Assembly polls, wrestler Sushil Kumar has been roped in as "state icon" by the Election Commission.

The poll panel has replaced cricketer Virat Kohli, who was state icon in the last Delhi Assembly and Lok Sabha elections, with Sushil this time.

"We have roped in wrestler Sushil Kumar for the campaign as a state icon of Delhi. Youth is inspired by Sushil Kumar and they will come out to cast their votes in the upcoming Assembly elections if he appeals to them," Chandra Bhushan Kumar, Chief Electoral Officer, said.

According to EC, 1,33,09,078 voters will be eligible to exercise their franchise in the upcoming election. There will be 11,763 polling stations across the national capital.

Bhushan also urged voters to take a part in election process and ensure that the candidates with impeccable credentials are elected.

On being appointed "state icon", Sushil Kumar said that he would encourage voters, especially youth, to cast their votes.

"I am very happy to be appointed state icon of the Delhi EC. Whenever I have time, I will definitely campaign and encourage voters," Sushil told reporters here.

The official also said a campaign will be launched in Metro and DTC's buses to encourage voters to cast their votes.

In these elections, indelible ink will be used with brush.

Bhushan also administered voter's pledge to the gathering of officials to uphold the democratic tradition and dignity of free, fair and peaceful election.

Continue FREE with Ads Pay Rs. 1 to Read Without Ads
READ MORE IN:
Sushil Kumar National
Next Story : India, US Agree to Set Up Hotline Between Top Leaders
Download the Outlook ​Magazines App. Six magazines, wherever you go! Play Store and App Store