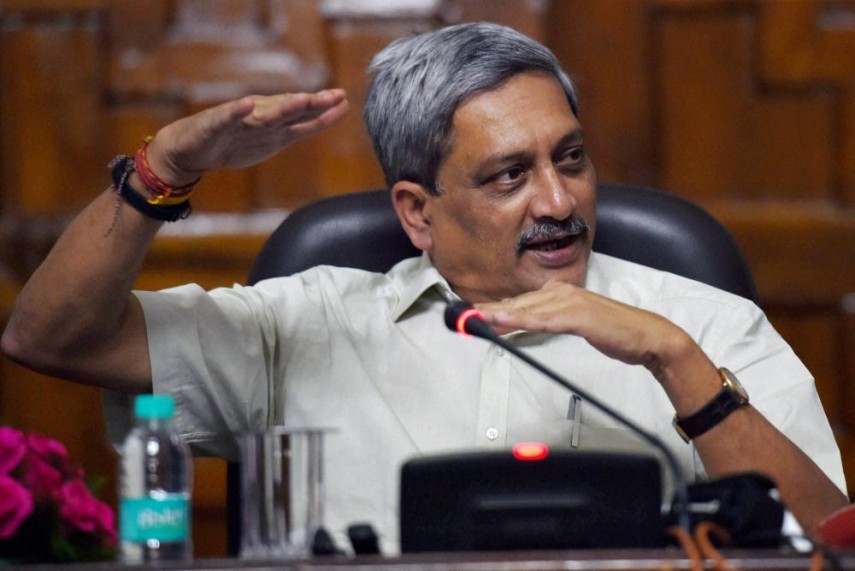 Two days after the cross-LoC surgical strike, Defence Minister Manohar Parrikar today described Pakistan as an "anaesthetised patient after a surgery" and said "if you give us pain, this country's forces are capable of giving the same pain to you".

In his first comments since the action, Parrikar asserted that India loves peace and does not believe in unprovoked aggression but it won't take terror lying down.

He said the strike against the terror launch pads across the Line of Control (LoC) in Pakistan-occupied Kashmir was meant to give a message to Pakistan that Indian troops know how to retaliate.

The Defence Minister hailed the special para forces who delivered "five slaps on the cheeks of the enemy" who carried out the Uri attack.

Terming the surgical strike as an anti-terror operation which had caught Pakistan unawares, Parrikar equated the Indian Army to 'Hanuman' and made a reference to the Ramayana in which the monkey God crossed an ocean in a single stride after he was reminded about his extraordinary powers by Jamwant.

"Indian troops were like Hanuman who did not quite know their prowess before the surgical strikes," Parrikar said.

Congratulating the troops for the precision and efficacy of the strikes, the Minister said he greeted all its members for their extraordinary feat.

"The surgical strikes gave our forces an idea of what they were capable of doing. Pakistan is bewildered following the strikes, not quite knowing how to react," Parrikar said in his first public reaction after the strikes.

"Indian troops caught Pakistan unawares as our commandos did what they had to without Pakistani authorities getting a wind of it," he said at the event to unveil the statue of Veer Chandra Singh Garhwali, a noted freedom fighter from the hill state.

India carried out surgical strike on seven terror launch pads across the LoC on the intervening night of September 28 and 29, inflicting "significant casualties" on terrorists preparing to infiltrate from PoK.