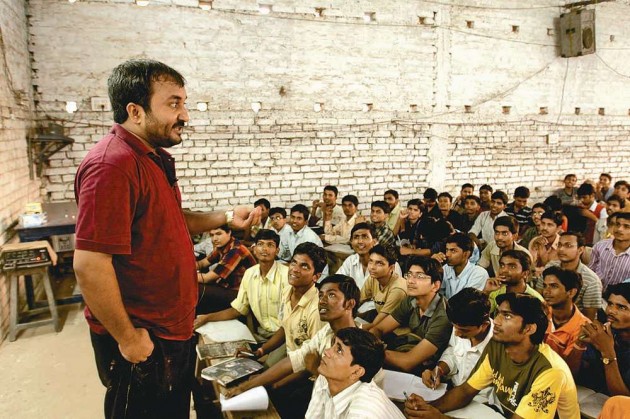 Technology should not create islands, but help develop inclusive society, Indian mathematician and founder of Super 30, Anand Kumar, today said. And asked technocrats to move out of laboratories and work for betterment of poor through their specialised knowledge.

"Time has come for the tech experts to move out of the labs to get a feel of world's pressing problems and find solutions. Problem across the globe is more or less the same - of poverty and deprivation. Spare a thought for those who don't even get electricity and clean water even in this advanced age," he said at the prestigious Massachusetts Institute of Technology (MIT) here.

"Technology should not create islands, but help develop inclusive society," he said adding human dimension to science and technology would make world a much better place.

Kumar, who has transformed hundreds lives of underprivileged students through education was delivering lecture at media Lab of MIT, a statement issued by Super 30 said.

He would speak at Harvard University tomorrow.

"Technology should not just remain a tool to make big money. It should be made a big weapon in the fight against illiteracy so that even the poorest could get quality education, which a huge population of the world remains deprived of. This costs the world a lot of talent," he added.

He gave examples of several Super 30 students who were first generation learners and from underprivileged sections of the society.

Experiencing acute poverty in his student days, which prevented him from attending Cambridge University for higher education, Kumar made it a mission to help wards of people from underprivileged sections realise their dreams by making to top technical institutions.

Launched in 2002, 308 students from Super 30 have made it to IITs out of 360 who appeared from the institution so far. At Super 30, food and accommodation are provided free of cost. Apart from round the clock mentoring.

Super 30 has featured in the national and international news media. Japan's famous actress Norika Fujiwara and its NHK channel have featured the initiative, as has French 24, Discovery Channel and CC TV from China.

Time magazine declared Super 30 the "best of Asia", while Newsweek included it in the list of four most innovative schools of the world.