The ambush took place in the Kalapathar area of south Bastar region, one of the worst-hit by Left-wing extremism in the country. 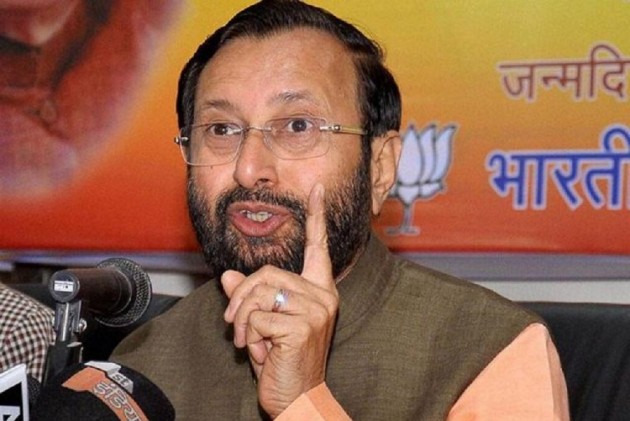 On Tuesday, Human Resource and Development Minister Prakash Javadekar condemned the killing of 25 CRPF personnel by Naxals in Chhattisgarh as an act of cowardice.

"Since their strength is getting reduced they are doing such things. This is a strategy of cowards. This is a cowardly attack...As Prime Minister Narendra Modi has said, this sacrifice will not go waste," Javadekar told reporters on the sidelines of an event here.

At least 25 CRPF personnel were killed and seven wounded in Chhattisgarh's Sukma district yesterday, in the deadliest ambush by Naxalites of security forces this year.

The nearly 100-strong CRPF patrol providing security for road construction work came under fierce gunfire from Maoist guerrillas occupying vantage positions at around 12:25 PM when they were having lunch.

The ambush took place in the Kalapathar area of south Bastar region, one of the worst-hit by Left-wing extremism in the country.

Earlier, PM Modi had strongly condemned the incident and said that the sacrifice of the jawans will not go in vain.