Suicide Bomber Blows Himself Up at Bangladesh Army Camp, 2 Injured 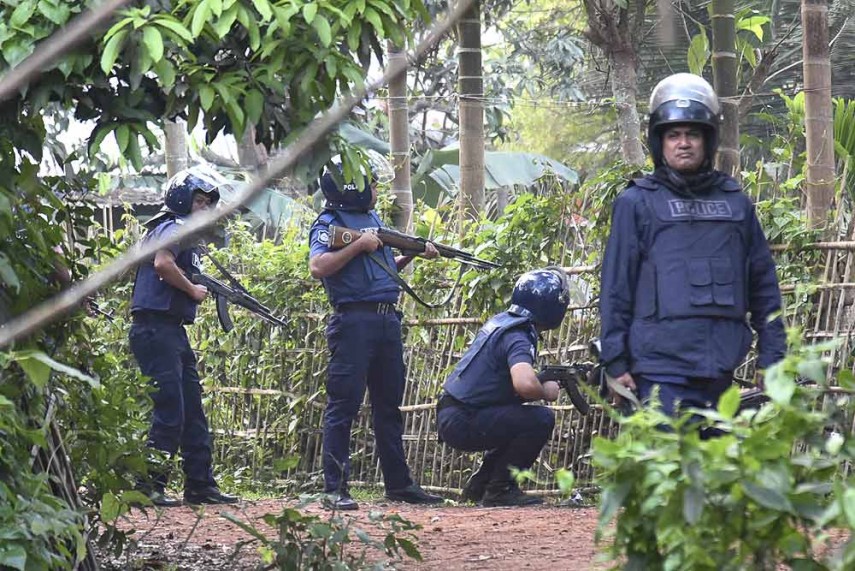 Print
A
A
A
increase text size
Outlook March 17, 2017 18:22 IST Suicide Bomber Blows Himself Up at Bangladesh Army Camp, 2 Injured

An Islamist suicide bomber today blew himself up inside a camp of Bangladesh's elite anti-crime Rapid Action Battalion here, injuring two security personnel, a day after five militants were killed in police raids.

"It was an incident of suicide bombing. The suicide attacker targeted our camp," RAB spokesman Commander Mufty Mahmud said.

The area where the incident took place was earmarked for constructing the headquarters of the force.

The blast wounded two RAB men who were being treated at the nearby Combined Military Hospital in Dhaka Cantonment.

The officer said the attack appeared to be an act of any militant outfit, but it was not clear immediately which of the Islamist outfits staged it.

"Right now we are concentrating our attention to ascertain if the complex and the neighbourhood are secured," Mahmud said as police's counter terrorism unit with bomb disposal team reached the scene while thoroughfares around the complex were blocked for vehicular movements.

Witnesses said the youth exploded a powerful bomb as several RAB men gathered at a common bathing place at the camp, killing himself instantly and seriously wounding two members of the elite force which draws personnel from army, police, navy and air force.

Residents in the neighbourhood said the bomber, aged around 25 years, apparently sneaked into the complex after scaling the wall.

The attack comes a day after police's Counter-Terrorism and Transnational Crime unit conducted a raid in Chittagong's Sitakunda where two militants of New JMB group blew themselves up to evade arrest. Two days ago, the ISIS terror group had called for suicide attacks in Bangladesh.

Bangladesh has witnessed a nationwide anti-Islamist crackdown since last week while police said they arrested over 80 militants.