Subramanium Panel to Probe DDCA Even if Struck Down by Centre: Kejriwal 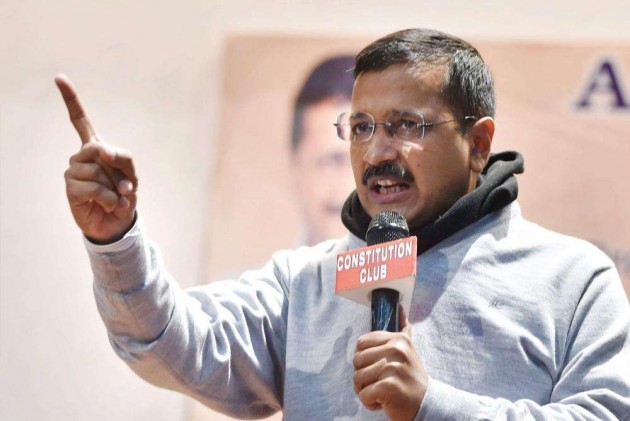 Print
A
A
A
increase text size
Outlook December 29, 2015 18:23 IST Subramanium Panel to Probe DDCA Even if Struck Down by Centre: Kejriwal

Striking a defiant note, Delhi Chief Minister Arvind Kejriwal today said the Commission of Inquiry ordered by his government will probe alleged irregularities in DDCA even if it is struck down by the Centre.

Kejriwal said the file pertaining to setting up of the commission has been forwarded to the PMO by the Home Ministry even as head of the probe panel Gopal Subramanium has written to National Security Advisor Ajit Doval, seeking a list of five officers each from IB, CBI and Delhi Police to assist him in the inquiry.

"Is it true that MHA has sent DDCA file to PM to decide whether to declare Enquiry Commission illegal. What will PM do- declare it illegal or allow enquiry? Though it will have no impact on ongoing enquiry commission," Kejriwal tweeted.

Delhi's Lt Governor Najib Jung had questioned the legality of appointment of the probe panel by the AAP government to probe the affairs in Delhi and District Cricket Association, triggering a new round of confrontation with Kejriwal dispensation.

The Delhi Chief Minister also made a fresh allegation against DDCA officials who he did not name, suggesting that they had sought sexual favours in selection of players. The AAP has been targeting Finance Minister Arun Jaitley, alleging that wrongdoings took place in the DDCA during his 13-year tenure till 2013 as its head.

On his part Subramanium, a former Solicitor General, also wrote to Kejriwal requesting him to send the names of five "outstanding" investigative officers from the Anti-Corruption Branch with their dossiers.

Subramanium told Kejriwal that he has written to Doval as the Central government "itself called upon the Delhi government" to get an investigation done into alleged irregularities in the DDCA.

"Obviously, this means that the Central government would render all possible assistance in this regard," the top lawyer wrote. In his letter to Doval, Subramanium said that "some of the disclosures may also pertain to national security".

"It is important that I must ask you to step in and offer suitably qualified officers who will also be morally endowed to assist the Commission," he wrote.

"I would leave it to your discretion to choose any officers(s) from any of the other state cadres, you believe to be competent," he added.

Asked what will be his move if the enquiry panel is declared null and void by the Centre, Subramanium said, "Prima facie all the procedures have been followed in institution of the enquiry."

"But still if something happens or somebody overturns it, I cannot refuse. I am not here to fight or adjudge the defamation of the Constitution. I can proceed on basis of what has been granted to me and ensure that a transparent enquiry is held," he said.

Subramanium said he wants to pick someone "who is competent enough". This is part of any enquiry procedure that one needs to have have logistical infrastructure in place at the beginning of the probe, he added.

"The reason to seek his (Doval's) help is also his ability to judge if there is any issue relating to the security which I am very particular about in the matter as anything may come up during the investigation," he added.

Yesterday, the former Solicitor General had strongly pitched for live telecast of the proceedings to make it transparent.

Formally accepting to head the Commission, Subramanium had said that its formation was in tune with provisions in the Constitution, notwithstanding Lt Governor Najeeb Jung's reservations over it.

The Delhi Cabinet had on December 21 approved setting up of the one-member Commission of Inquiry under Subramanium to probe alleged irregularities in DDCA.