Subramanian Swamy Believes He Will Be a Better FM Than Jaitley 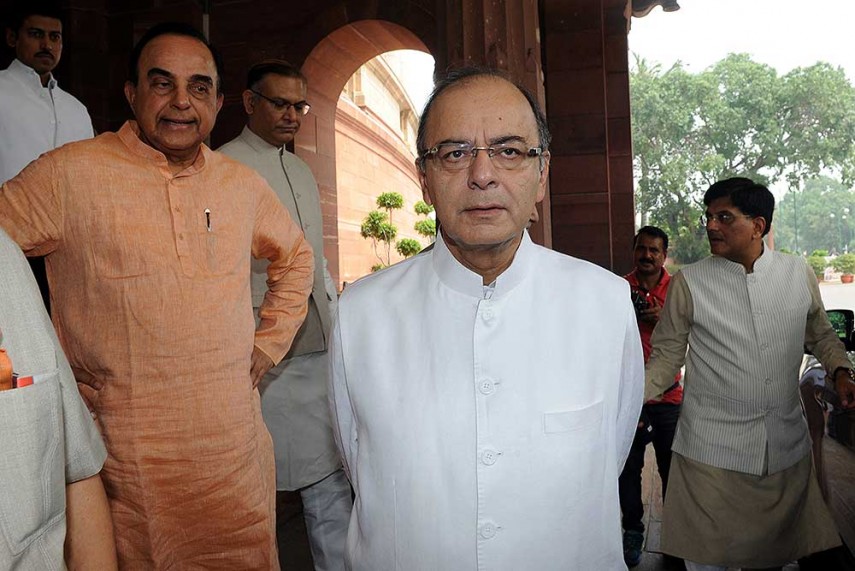 Print
A
A
A
increase text size
Outlook September 17, 2016 19:03 IST Subramanian Swamy Believes He Will Be a Better FM Than Jaitley

BJP leader Subramanian Swamy believes he will be a better Finance Minister than the incumbent Arun Jaitley.

"I am an economist. He is a lawyer. How can he be better than me?" Swamy, whose antagonism for Jaitley is open, said at an event here today.

Swamy was replying to a query on whether he will make a better Finance Minister than Jaitley at the India Today Mind Rocks Summit.

The reply came following AIMIM leader Asaduddin Owaisi's comment that inflation would have been in check had Swamy been the Finance Minister.

On being asked by the moderator whether BJP has imposed a gag on him, Swamy took again a jibe at Jaitley, saying, "There is no gag order on me. Your problem is that you talk to Jaitley a lot."

Asked whether he will fare better than Rajnath Singh as the Home Minister, Swamy said, "Rajnath is my friend. He is the best Home Minister after Sardar Patel."