Students From J&K Should Focus on Studies, Not Politics: Azad 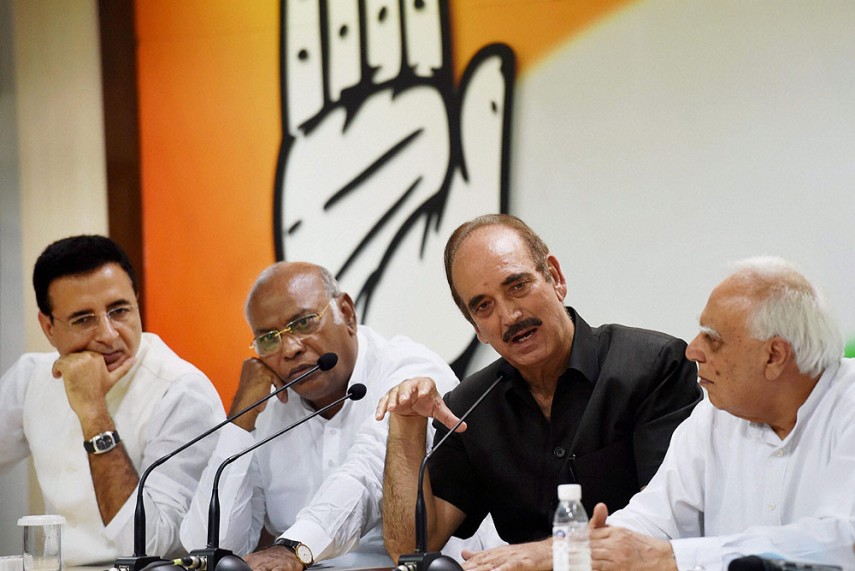 Print
A
A
A
increase text size
Outlook August 14, 2016 16:26 IST Students From J&K Should Focus on Studies, Not Politics: Azad

Leader of Opposition in the Rajya Sabha Ghulam Nabi Azad today asked students from Jammu and Kashmir to concentrate on studies and not get involved in politics, a day after a panel discussion here over the Kashmir issue witnessed heated exchanges.

"All these boys, whether they are Kashmiri Pandits or Muslim boys or they are boys from Jammu, they have come here to study. So my appeal to them is that when they are outside their state they should be very friendly," Azad said.

"First complete your studies - that should be their priority," he told reporters when asked about the incident.

Claiming that the atmosphere in Jammu and Kashmir is not congenial for education, Azad said: "I would request our children who are studying here, whichever religion they may belong to, I would appeal to both the sections that first of all they should complete their studies."

"Kashmir has been spoiled by too much politics, let the students not spoil their career, if they have to make their career," he added.

A panel discussion yesterday had turned chaotic as some "pro-freedom" Kashmiris, most of them youngsters and students, entered into heated arguments with a Kashmiri Pandit leader for hailing the Indian Army. Pro-Kashmir Independence slogans were raised at the event organised by Amnesty International India at United Theological College here.

Azad said "violence in Kashmir is a matter of great concern" not only for people of Jammu Kashmir but for the entire country which is why we have had discussion on the issue during the recent Parliament session."

Meanwhile, Akhil Bharatiya Vidyarthi Parishad activists today staged a protest in front of the United Theological College calling yesterday's event "anti-national". They demanded action against organisers and those involved in raising of slogans.

BJP's Mysuru MP and party's youth wing president Pratap Simha, who participated in the protest, alleged the organisers had set a stage for anti-national activities and demanded police to take action against the college.

He said permission should not be given for events organised by Amnesty International hereafter.

Condemning the reported comments against the Indian Army at the event, BJP state president B S Yeddyurappa sought strict action against those responsible.

Some Kashmiri pandits, who also took part in the protest, said they will soon meet the city police chief on the issue.