Struggle of Kashmiris Cannot be Equated With Terrorism: Sharif 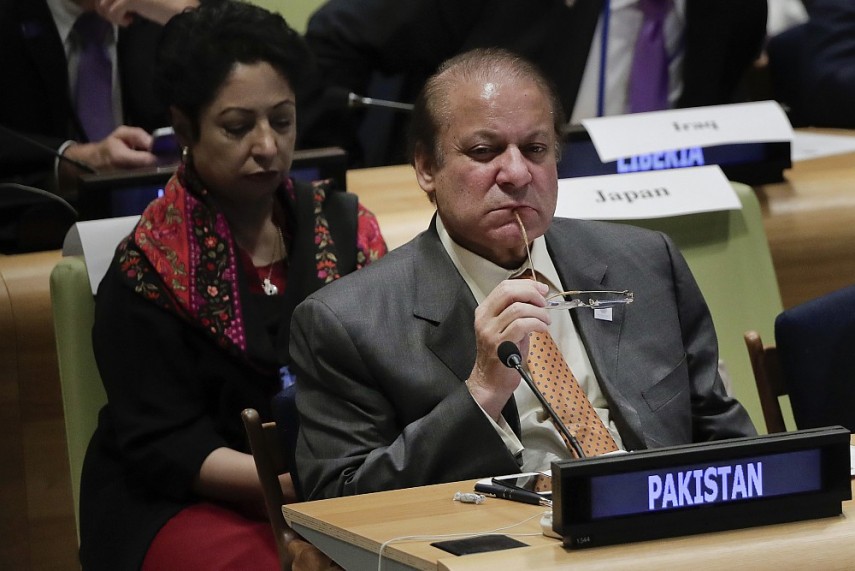 Print
A
A
A
increase text size
Outlook October 10, 2016 16:09 IST Struggle of Kashmiris Cannot be Equated With Terrorism: Sharif

"India is mistaken if it considers that a freedom fight can be equated with terrorism," Sharif said during a meeting of his Pakistan Muslim League-Nawaz's central working party here.

Sharif said Kashmiris were fighting for their right of self-determination and Pakistan would continue to support them.

"Pakistan is committed to the Kashmir cause. No power in the world can stop us from supporting the freedom struggle of Kashmiris," he said.

Sharif's comments came amid heightened tensions between India and Pakistan after the September 18 Uri terror attack that prompted India to conduct surgical strike on terror launch pads along the LoC.

Sharif in the past week chaired Cabinet meeting, addressed a joint session of the Parliament and attended National Security Committee's meeting to discuss tensions with India.

Today's meeting came amidst wrangling with his party how to deal Imran Khan's threat to shut down capital Islamabad on October 30 over alleged corruption by Sharif's family.

Sahrif warned Khan not to cross limits while protesting against the government.

"In democracy people can protest but no one can be allowed to cross the limits," he said.

He said some people want to "paralyse" the country through politics of protests but they would not succeed.

Sharif also said that economy has been strengthened because of effective policies as government was working to tackle all the challenges including terrorism and energy shortages.