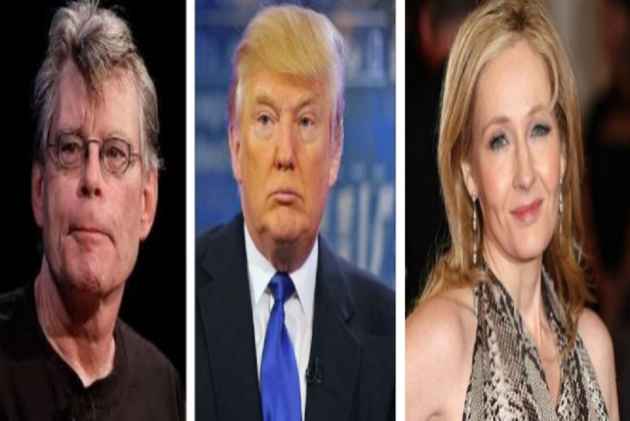 Best-selling author Stephen King, who has been one of the most consistent critics of Donald Trump, appears to have been blocked by the US President's official Twitter handle.

The horror fiction writer made the revelation by posting on the micro-blogging site.

"Trump has blocked me from reading his tweets. I may have to kill myself," he wrote. 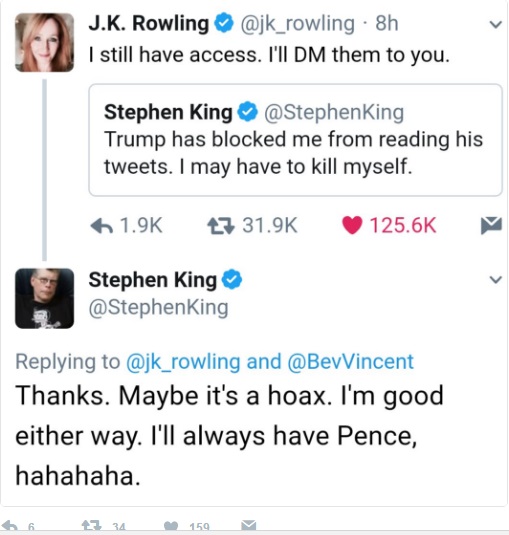 "Blocked! Condemned to an existential wasteland of Trumplessness!" his another post read.

"I still have access. I'll DM them to you," Rowling wrote.

King was blocked after he posted about his daughter Ivanka. 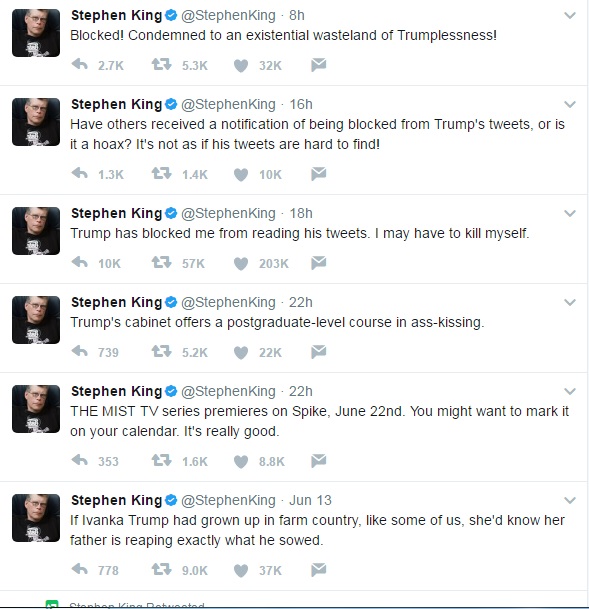 "If Ivanka Trump had grown up in farm country, like some of us, she'd know her father is reaping exactly what he sowed," King had written.