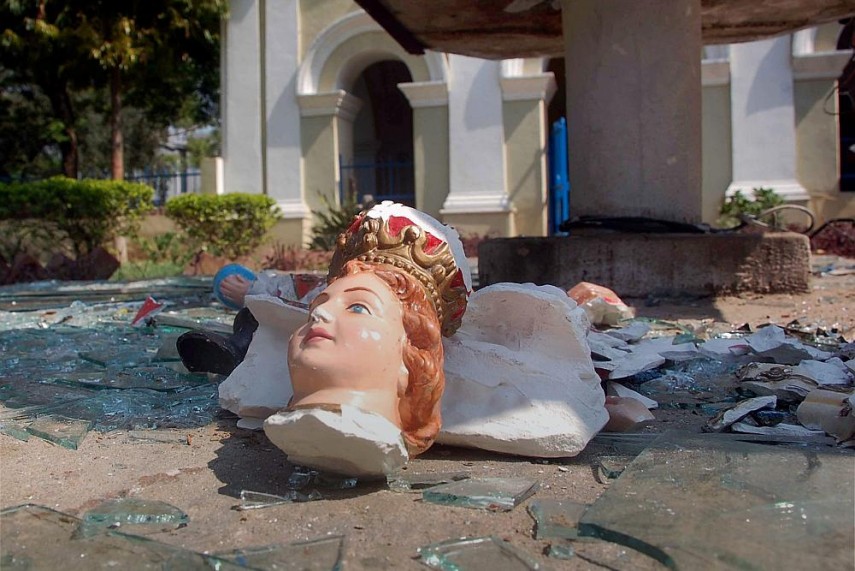 A statue of Mother Mary was allegedly desecrated by unknown persons in suburban Kurla in the wee hours today, leading to tension in the area.

The grotto of Mother Mary installed on a roadside in Kurla was desecrated at around 4 AM, police said.

The incident led to tension in the area and police were trying to pacify the angry locals.

They were also trying to obtain CCTV footage of the area. In one of the footages that they have managed to get, three persons were purportedly seen moving on a bike near the site, police said.

Efforts were on to nab the culprits, they said.

Deputy Commissioner of Police, Zone V, Paramjit Singh said police personnel are on the spot and the situation is under control.

Reacting to the incident, social activist Nicholas Almeida said this kind of disturbance happens every now and then during election time.

Continue FREE with Ads Pay Rs. 1 to Read Without Ads
READ MORE IN:
Society
Next Story : 2 Indians Die Every Minute Due to Air Pollution: Study
Download the Outlook ​Magazines App. Six magazines, wherever you go! Play Store and App Store