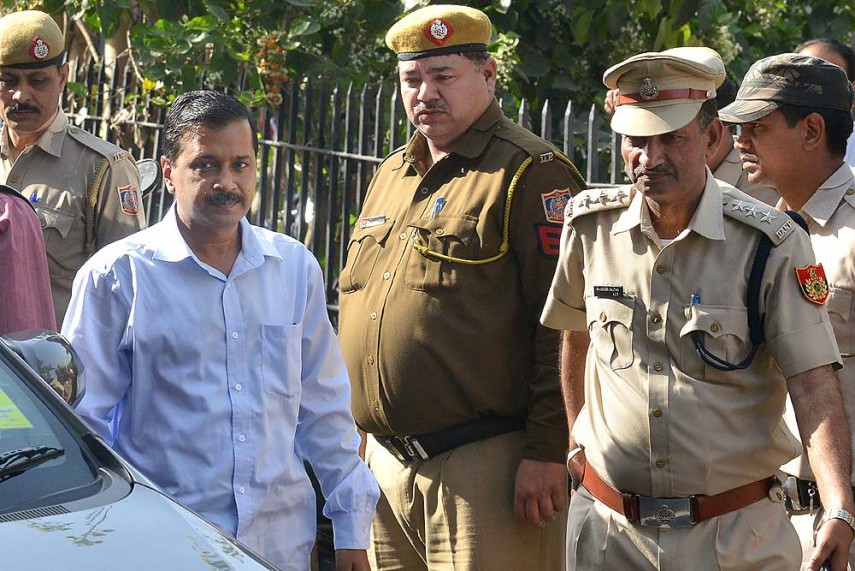 The AAP today alleged that the state election commission has "succumbed" to "political pressure" and "trampled" on the Constitution by ordering that the word 'Aam' displayed on Delhi government's projects be covered.

The Aam Aadmi Party's Delhi unit convener Dilip Pandey and party MLA Somnath Bharti, in separate letters to the commission, expressed their "shock" and alleged that the constitutional body is "acting as subordinate" of its "political masters".

Pandey wondered whether similar action will be taken against names of schemes which carry the words 'Bhartiya' and 'Janata' or 'Indian' and 'national'.

"We are pained to note that officers in the commission have trampled on the Constitution by following the diktats of political leaders.

"In a haste to please a political party, the commission did not even care to follow the due procedure and issue notices to the Delhi government and the AAP and allow them a hearing," he wrote.

Pandey also met the state election commissioner over the issue.

"The Delhi BJP has repeatedly raised this issue but the Arvind Kejriwal government took no note and splashed hundreds of crores of rupees on mischievous publicity," Tiwari said.

Earlier, the commission had directed authorities to ensure "appropriate action" following a complaint by BJP leader Vijender Gupta that display of the word "Aam" in names of Delhi government-run schemes amounts to violation of the Model Code of Conduct which is in place for the MCD polls slated for April 22.

In a letter to the Delhi chief secretary and commissioners of the three municipal corporations, the commission has also asked them to submit a compliance report soon.

Continue FREE with Ads Pay Rs. 1 to Read Without Ads
READ MORE IN:
National
Next Story : Cows From Gorakhpur to be Shifted to Adityanath's Residence
Download the Outlook ​Magazines App. Six magazines, wherever you go! Play Store and App Store