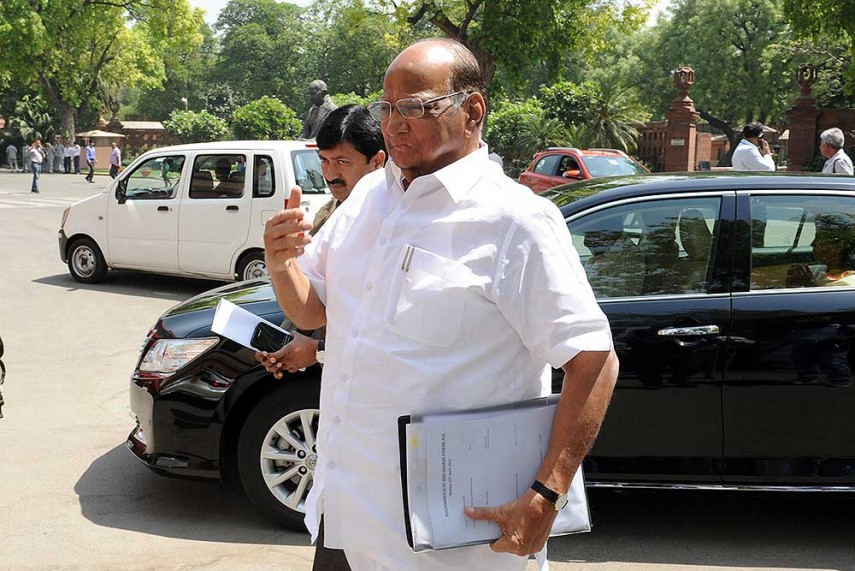 Stacks of junked 500 and 1000 rupee notes are lying in district central cooperative banks after they were not allowed to deposit them in currency chests and this was affecting crop loan disbursal, veteran NCP leader Sharad Pawar said today.

Raising the issue during the Zero hour in the Rajya Sabha, the Maharashtra-strongman said the district central cooperative banks (DCCBs) were saddled with large sum of junked currency after the Reserve Bank midway withdrew its permission to them to accept the demonetised currency.

The deposits they had received before withdrawal of the permission is now lying in their chest, he said.

Following the withdrawal of old 500 and 1000 rupee notes from circulation on November 8, 2016, the junked currency was allowed to be deposited or exchanged in banks.

The DCCBs accepted and exchanged the demonetised currency notes between November 10 and 13, 2016, but they were subsequently barred from doing so, leaving them with stacks of junked currency, Pawar said.

After the permission to receive old notes was withdrawn, DCCBs were not able to deposit the junked currency they had got with the treasury, he said, adding that such banks as on November 17, 2016 had about Rs 8,000 crore in old notes. DCCBs in Maharashtra had Rs 2,772 crore.

DCCBs have to pay interest rate to deposit the old currency they had deposited in their accounts, he said.

Also, the old currency they hold is not being considered part of cash balance for determining the cash reserve ratio, thereby effecting their financial health, he said.

"This has had great impact on rabi season disbursement of crop loans," the former Union Minister said, adding only 33 per cent loan has been disbursed.

"Farmers are not getting crop loans," he said, adding money is lying in the chests of DCCBs but it cannot to disbursed and yet interest has to be paid on it.

He said he has written to the Prime Minister and the Finance Minister that the old notes lying with DCCBs be allowed to be deposited in currency chests.

His demand drew support from almost the entire opposition parties.

Deputy Chairman P J Kurien said this issue can be put to Jaitley when he replies to the debate on Finance Bill in the House.