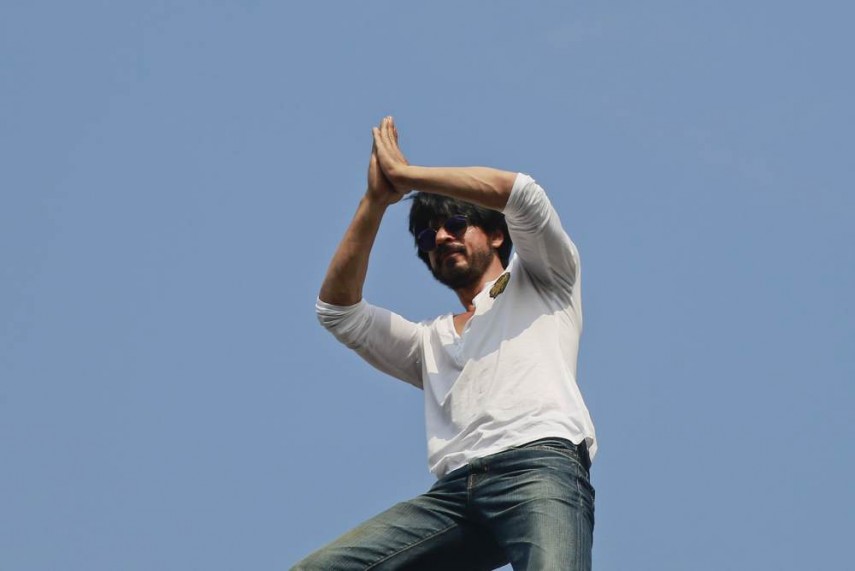 Bollywood stars Shahrukh Khan, Amitabh Bachchan, Salman Khan and Akshay Kumar are among the world's highest paid actors of 2016, raking as many dollars as Hollywood heavyweights Robert Downey Jr and Brad Pitt, according to a Forbes list topped by wrestler-turned-actor Dwayne Johnson.

Shahrukh, whose repertoire contains films from Dilwale Dulhaniya Le Jayenge to Chak De India, is ranked 8th on the list of 20 of the 'World's Highest Paid Actors 2016', tied with Iron Man Downey Jr with earnings of USD 33 million.

Akshay is tied with Hollywood heartthrob Pitt for the 10th position with earnings of USD 31.5 million.

Bachchan is on the 18th rank with earnings of USD 20 million, ahead of Oscar-winner Matthew McConaughey (19) and Star Wars legend Harrison Ford (20).

Deepika Padukone, 30, made her debut among world's top 10 highest paid actresses, with earnings of USD 10 million. She was the only Indian actress and the sole newcomer in the list, coming in on the 10th spot.

Noting the gender pay gap in the Indian movie industry, "a discrepancy not uncommon in Hollywood", Forbes had said though a Indian male star might earn close to USD 5 million a movie, prominent Indian actresses rarely clear USD 1 million a film.

Apart from earning more, men in movies also have longer careers than the top-earning women, Forbes said adding that 95 per cent of the highest-paid actors are over 40, compared with half of the actresses.

In Forbes' rankings, all of the highest-paid actresses are under 50, while 45 per cent of the actors are 50-plus, with Ford and Bachchan in their 70s.

On Shahrukh, Forbes said he continues to rule Bollywood box office, and earns multimillion-dollars upfront fees and a cut of the back end for his efforts.

"He also cashes in on endorsement deals for dozes of brands most Americans have likely never heard of," it said.

Akshay banked top rupee for his hit films. "The action star bolsters his earnings endorsing a wider range of products than most Hollywood shills," Forbes said.

It described the 'Sultan' superstar as "one of Bollywood's leading men," who makes top rupee from films such as 'Bajrangi Bhaijaan' and numerous endorsements.

Forbes also noted Salman's 2015 sentence of five years, which was later suspended, in a hit-and-run case.

On Bachchan, Forbes said the 73-year-old is "busy as ever" and the stalwart has starred in more than 150 movies in a career that spans five decades.

Johnson, also known as The Rock. elbowed out reigning Downey Jr to become the world's highest-paid actor and scored his biggest ever annual paycheck in the process.

The erstwhile wrestler's millions came from upfront fees for movies including Central Intelligence and Fast 8, as well as the forthcoming Baywatch.

He bested second-ranked Jackie Chan (USD 61 million), who mints money with movies in China, and Matt Damon (3), who tallied USD 55 million largely off the success of The Martian.

Rounding out the top five is perennial list member Tom Cruise at the number four spot with earnings of USD 53 million dollars and Johnny Depp at the fifth with USD 48 million.

That ratio is a little lower than the 79 cents a white woman is typically paid to every dollar a white man makes, but better than the pay disparity Hispanic or Black women typically face.

"There are simply more big budget roles for men that pay the high fees and cut of profits needed to score multimillion take-homes. In fact, there are more roles for men," it said.

The figure is more than three times the USD 205 million tallied by the top 10 highest-paid actresses in the same time frame.