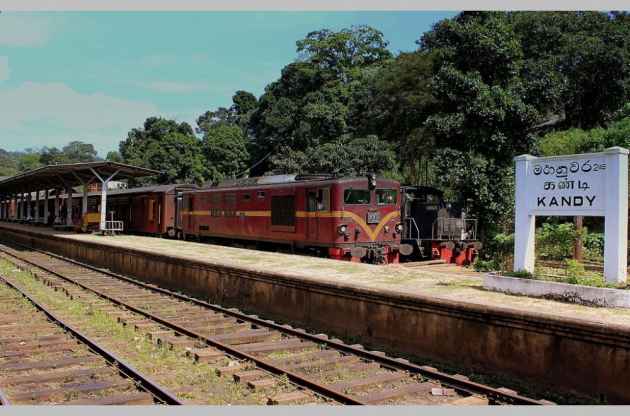 Sri Lankan railway authorities announced a crackdown on selfies today after a 12-year-old boy was decapitated and two other men also died while snapping themselves on a coastal track.

The boy and his 24-year-old brother were killed as they took photographs of themselves on the picturesque section of track in Colombo on Sunday.

Police said the boy was decapitated and his head became lodged between two railway carriages.

Another man died as he tried to take a selfie with his new bride on the same day on another section of the line.

The woman suffered serious injuries and is in intensive care.

Railway spokesman Wijeya Samarasinghe said mobile phones accounted for most of the 28 deaths on Sri Lanka's railways so far this year.

"We are launching a campaign this week to deploy our security staff to arrest those walking on the tracks and taking selfies in front of moving trains," he told AFP.

"There are some who want to post videos and pictures of themselves in front of moving trains.

"Unfortunately, some are unable to get out of the way in time and get killed."

Police said the victims were often tourists from elsewhere in the country who had travelled to the seaside capital on holiday and wanted to pose for selfies with the Indian Ocean in the background.

"They don't realise how dangerous it is," said a police official who asked not to be named.

Sri Lanka was the first country in South Asia to introduce mobile phones in 1989 and has seen an explosion in smartphone use in recent years.

But it remains behind neighbouring India when it comes to selfie-related deaths.

The South Asian giant was ranked top of a global list last year, with 76 such deaths in a two-year period, according to a study by US-based Carnegie Mellon University and Indraprastha Institute of Information Technology Delhi.