'Sri Lanka Will Have Indian Support To Foil Any Coup Attempt' 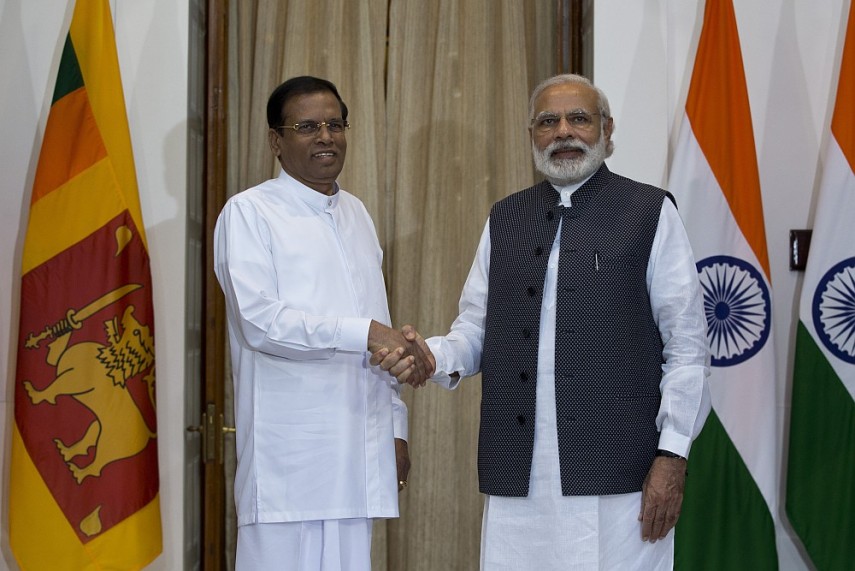 Print
A
A
A
increase text size
Outlook November 21, 2016 13:03 IST 'Sri Lanka Will Have Indian Support To Foil Any Coup Attempt'

India will not tolerate a military take over in Sri Lanka and will fully support President Maithripala Sirisena to foil any coup attempt in the country, a senior minister said today amid reports of the opposition warning of a military coup.

New Delhi would not tolerate a military attempt to take over power in Sri Lanka, Dissanayake said when asked about the opposition warning of a military coup.

The parliamentary leader of the Joint Opposition Dinesh Gunawardena told parliament on Friday that there was a threat of a military coup happening in Sri Lanka due to government's alleged curbing of democratic freedoms in the country.

He was addressing Sirisena who was present in the House to take part in the 2017 budget allocations.

The Joint Opposition backs Sirisena's predecessor Mahinda Rajapaksa who had blamed the international community including India for engineering his defeat to Sirisena last year.