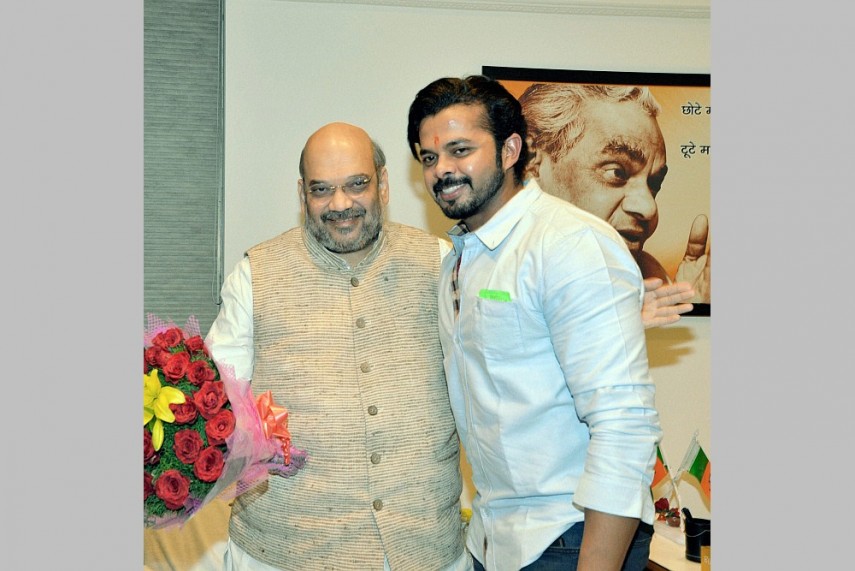 The BJP today fielded former India pacer S Sreesanth from the Thiruvananthapuram seat even as it declared 50 other candidates for the upcoming Assembly polls in Kerala.

After a nearly four-hour-long meeting, the Central Election Committee (CEC) of BJP announced that Sreesanth has formally joined the party and would contest from Thiruvananthapuram.

Talking to reporters at a media briefing, 33-year-old Sreesanth said his name has been cleared by the court in a match-fixing case and he is, therefore, not worried about any Opposition attack on him regarding the controversy.

Though a trial court in Delhi had dropped charges against him last year, he still faces a ban on playing any form of cricket by the BCCI.

BJP has already announced 22 candidates from Kerala in its first list.

BJP also announced the first list of 54 candidates for the Tamil Nadu polls and said a second list would be issued after talks with IJK and NJP fructify in the coming days.

Asked whether BJP is still hopeful of an alliance with AIADMK, BJP CEC Secretary JP Nadda said talks are on with these parties only.

He said though candidates for Puducherry were discussed but no decision was taken today.

The CEC is chaired by party President Amit Shah and was attended by Prime Minister Narendra Modi and several other leaders.