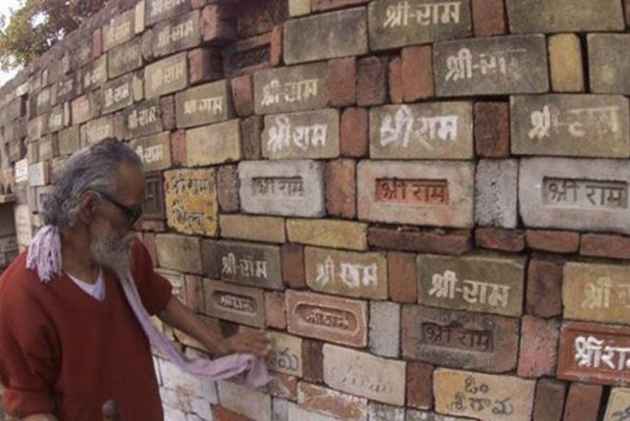 The trial in the politically- sensitive 1992 Babri Masjid demolition case by a special CBI court will resume here on Monday, following a Supreme Court order to it to hear the case on a daily basis and deliver the verdict in two years.

The Supreme Court had on April 19 directed the special court to start the proceedings in the matter within a month and deliver its verdict within two years.

The CBI court during its first hearing in the state capital granted bail to five VHP leaders named as accused, including Ram Vilas Vedanti, who appeared before it on Saturday.

Besides Vedanti, 59, those who appeared before the CBI court here were VHP leaders Champat Rai, 71, Baikunth Lal Sharma, 88, Mahant Nritya Gopal Das,79. and Dharmdas Maharaj, 68. The sixth accused, Satish Pradhan, did not appear.

CBI special court judge SK Yadav allowed their bail pleas asking each of them to furnish two sureties of Rs 20,000 and a personal bond of the same amount.

The Supreme Court had last month directed that BJP stalwarts, including LK Advani, Murli Manohar Joshi and Uma Bharti, will face trial on conspiracy charges in the demolition case.

It had dubbed the demolition of the medieval era monument as a "crime" which shook the "secular fabric of the Constitution" and allowed CBI's plea on restoration of criminal conspiracy charges against the VVIP accused.

The matter is likely to have political implications, particularly against 89-year old Advani, reported to be a front-runner for the post of the president.

The top court, however, had said Kalyan Singh, who is currently the Governor of Rajasthan and during whose tenure as Chief Minister of Uttar Pradesh the disputed structure was razed, is entitled to immunity under the Constitution as long as he held a gubernatorial position.

"The court of sessions will frame charges and move against him as soon as he ceases to be governor," it said.

The apex court had come down heavily on the CBI for a delay of 25 years in the trial and said, "The accused persons have not been brought to book largely because of the conduct of the CBI in not pursuing the prosecution of the aforesaid alleged offenders in a joint trial, and because of technical defects which were easily curable, but which were not cured by the state government."

Issuing a slew of directions, a bench comprising justices PC Ghose and RF Nariman had said, "The proceedings viz. Crime No. 198/92 (against Advani and five others) in the court of the Special Judicial Magistrate at Rae Bareilly will stand transferred to the Court of Additional Sessions Judge (Ayodhya Matters) at Lucknow."

Besides Advani, Joshi and Bharti, the accused against whom the conspiracy charge would now be invoked, are Vinay Katiar, Sadhvi Ritambhara, Vishnu Hari Dalmia, who were being tried at Rae Bareilly.

"The court of sessions will, after transfer of the proceedings from Rae Bareilly to Lucknow and framing of additional charges, within four weeks, take up all the matters on a day-to-day basis from the stage at which the trial proceedings, both at Rae Bareilly and at Lucknow, are continuing, until conclusion of the trial.

"There shall be no de novo (fresh) trial. There shall be no transfer of the Judge conducting the trial until the entire trial concludes. The case shall not be adjourned on any ground except when the sessions court finds it impossible to carry on the trial for that particular date," the apex court had said.

The court also said if the trial is adjourned, then it should be fixed on the the next day or a closely proximate date and the reasons for it shall be recorded in writing.

"The sessions court will complete the trial and deliver the judgement within a period of 2 years from the date of receipt of this judgement," it said.

The CBI shall ensure that on every date fixed for recording of evidence, some prosecution witnesses must remain present, so that for want of witnesses the matter is not adjourned, the Supreme Court had said.

"We make it clear that liberty is given to any of the parties before the Sessions Court to approach us in the event of these directions not being carried out, both in letter and in spirit," the court said.

Dealing with the issue of protracted trial, the bench said that almost 25 years have gone and yet "we are solemnly reminded that Respondent Nos.4 and 5's (Advani and Joshi) fundamental rights should not be curtailed by any order passed under Article 142."

The court, in its 40-page judgement, termed the Allahabad High Court's February 12, 2001 verdict dropping conspiracy charge against Advani and others as "erroneous".

It said the High Court had "clearly and unequivocally" held that a joint charge sheet was filed by CBI on the ground that all the offences were committed in the course of the same transaction to accomplish the alleged conspiracy.

"The evidence for all these offences is almost the same and these offences, therefore, cannot be separated from each other, irrespective of the fact that 49 different FIRs were lodged," it said, adding that the dropping of the conspiracy charge was "clearly erroneous".

The apex court said the decision to have a joint trial in demolition cases at one place was set aside by the High Court on the legal ground that it was not consulted.

The infirmity could have been cured either by the state government or by the CBI by filing an appeal against the verdict, it said.

"This (removal of legal infirmity), however, did not happen because the CBI did not challenge the rejection of the request to cure this technical defect. Instead, the course taken by the CBI has caused great confusion," it said.

The decision to file supplementary charge sheet against eight accused in a pending case at Rae Bareilly and dropping of charges against 13 other accused, after the high court judgement, has "completely derailed the joint trial envisaged, it said.

This decision of the probe agency resulted in "fractured prosecution going on in two places simultaneously based on a joint charge sheet filed by the CBI itself", it said.

"In our view, since the charge of criminal conspiracy against all 21 accused is already in the joint charge sheet filed by the CBI at Lucknow, this charge could be added to the charges already framed against the survivors of the group of 8 accused."

Out of eight VIP accused, Giriraj Kishore and Vishwa Hindu Parishad leader Ashok Singhal have died during trial and the proceedings against them have been abated.