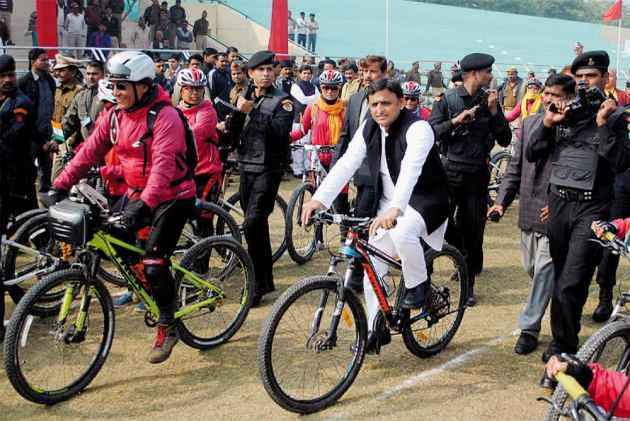 The Samajwadi Party will celebrate the International Yoga Day (IYD) on Wednesday by taking out 'cycle yatras' across Uttar Pradesh even as the party's leader Akhilesh Yadav reportedly looks unlikely to accept chief minister Yogi Adityanath's invitation for the event.

"To give a message of environment conservation and health awareness, directives have been issued to them to start cycle yatra at all district headquarters from 6 am and later perform yoga at their home as per convenience," he said, adding that cyclists have been asked to remain "disciplined".

The party's move is seen as a counter to the BJP's yoga day programme in Lucknow in which Prime Minister Narendra Modi will be participating along with state Chief Minister Yogi Adityanath.

Though Akhilesh has been extended invitation by the Adityanath government, his presence is unlikely as no confirmation has been received from him in this regard.

When the SP was in power, it had shunned official celebrations on IYD on June 21.