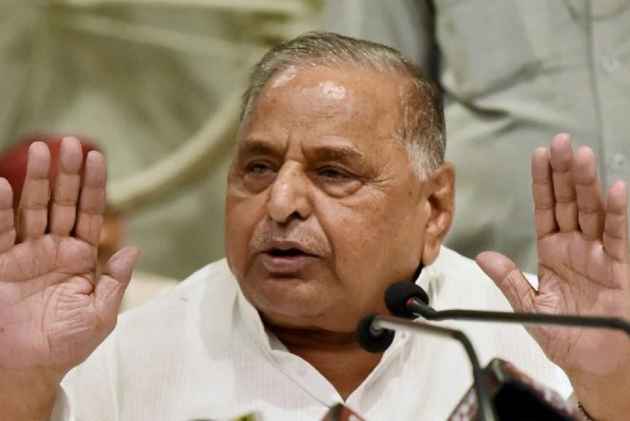 "Ram Nath Kovind is a good candidate. I have a very old relation with him. Bharatiya Janata Party (BJP) has selected a strong candidate. The most important thing is that the BJP has a majority. Can't say what will opposition decide now," Mulayam told ANI.

"Prime Minister Narendra Modi spoke to me about the Presidential nominee. He sought support of the candidature of Ram Nath Kovind. So, BJD has decided to extend its support to Kovind," he said.

Janata Dal (United) chief and Bihar Chief Minister Nitish Kumar expressed happiness that the Bihar Governor would be the NDA's candidate for the President elections. He, however, said a detailed discussion would be held on the matter within the JD (U).

He was speaking to the media here after congratulating Kovind. Nitish also said that "I had a word with Laluji and Sonia Gandhi and there will be discussion on this. I have told them about my views".

Earlier on Monday, BJP president Amit Shah announced the name of Kovind as NDA's consensus candidate for the post of Indian President.

Kovind before leaving for New Delhi yesterday met with Prime Minister Narendra Modi and thanked the people of Bihar for their support.

The Prime Minister said that Kovind will make an exceptional President and continue to be a strong voice for the poor, downtrodden and marginalised.

However, the decision did not go down well with some of the political parties with Congress alleging that the announcement was made without taking the grand old party into confidence while BJP's ally Shiv Sena termed it a political move to lure vote bank.

"The Centre apprised the senior leaders, Congress president Sonia Gandhi and Manmohan Singh about the announcement over phone after taking the decision. So there is no question of mutual consent. We didn't expect this from them," said senior Congress leader Ghulam Nabi Azad.

Joining the critics of NDA's Presidential nominee, Shiv Sena said it would not extend its support if the Centre is eyeing a vote bank by nominating a Dalit face for the upcoming President polls.

"If someone is trying to make a Dalit a President with the purpose of gaining a vote bank then we are not with them, Shiv Sena chief Uddhav Thackeray said adding that they would extend their support only if the decision was taken for the development of the nation.

Meanwhile, Trinamool Congress (TMC) chief and West Bengal Chief Minister Mamata Banerjee didn't seem happy with the Kovind's candidature. She said that someone of the stature of President Pranab Mukherjee, or even Sushma Swaraj or Advani ji may have been made the candidate.

"I am not saying that the Bihar Governor Ram Nath Kovind is unfit to be the President. There are other big Dalit leaders in the country. Just because he was the leader of Dalit Morcha of BJP they have made him the candidate," Mamata said.

Bahujan Samaj Party (BSP) chief Mayawati also expressed dissent over the decision saying that she is not satisfied with Kovind's political ideology, but cannot reject his Dalit background.

Mayawati told ANI that it could have been better if BJP would have selected a name from a non-political background.

The Communist Party of India (Marxist) said also seemed miffed with the move and said the way Kovind's name was announced it portends that there would be a political contest.

Yechury said, "Kovind ji was the chief of RSS's Dalit branch. So somewhere it is a political fight or contest. When Home Minister Rajnath Singh and I&B minister Venkaiah Naidu came to meet us, they said that they want to build a consensus. When we asked on whom they want to build consensus, they had no answer then. They said that when they decide, they will come back to us with a proposal. But instead of coming to us with the proposal they announced the candidate. Now we will take a call."

The election for the next President of India is to be held on July 17 as President Pranab Mukherjee will demit the office on July 24.

The Election Commission of India (ECI) issued the notification in this regard and the process of the nomination has started that will continue till June 28. (ANI)