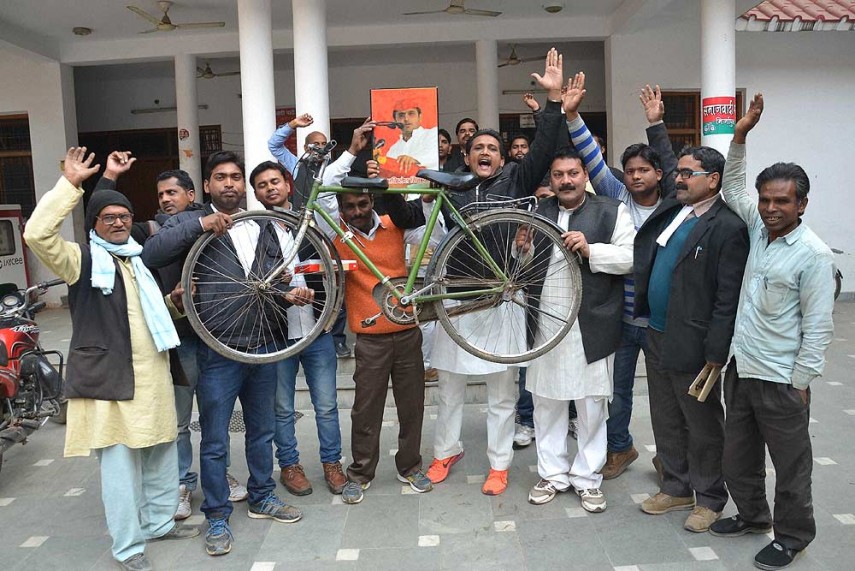 After days of hectic negotiations, the Congress and Samajwadi Party today forged a pre-poll alliance to contest the UP Assembly polls together.

Queering the pitch for BJP and BSP, the two parties today reached a seat-sharing agreement with Congress likely to contest around 103 seats and the SP about 300.

The talks between top Congress and SP leaders had been going on for last several days for but got delayed as the two parties engaged in tough bargain.

According to sources, top leaders of both the parties finalised the seat sharing arrangement late last night and a formal announcement in this regard was likely to be made in Lucknow this evening.

There are 403 Assembly seats in UP, election for which would be held in seven phases starting February 11.

The last phase of the poll would take place on March 8. Counting would be held on March 11