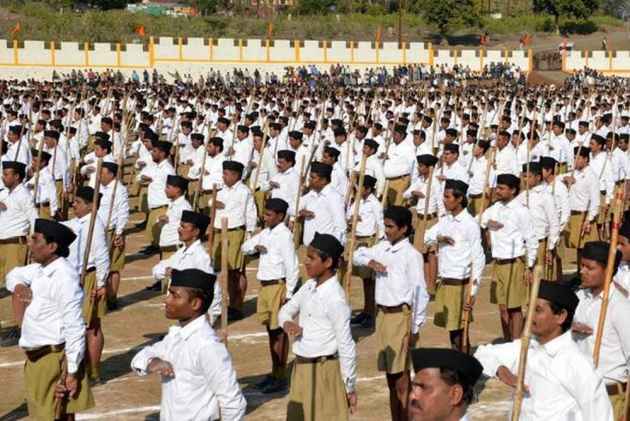 Come August, an institute associated with the RSS will start a training course for "well-meaning" would-be politicians of any party.

The Rambhau Mhalgi Prabodhini (RMP) will offer a nine- month residential course in leadership, politics and governance on its campus located in Uttan in the Thane district of Maharashtra.

The course is open to anyone with a bachelor's degree -- aspiring politicians, civil servants, journalists and others, an RMP administrator said.

The institute will train a batch of 40 students to begin with, charging a fee of Rs 2.5 lakh, which would include expenses for study tours, hostel and mess services.

The deadline for applying for the course commencing on August 1 is June 30.

"We would like to do away with this situation. We would like to empower and enrich political enthusiasts with knowledge, understanding and information. Therefore, this course," he said.

Sahasrabuddhe said students were free to join any party after the course.

"We rise above ideologies. Our aim is to help produce good, well-meaning politicians," he said.

It will be in the "interest" of democracy if the student undertook programmes that helped the people. It will also be in our interest then," he added.

The leader made the remarks during a recent interaction organised by the BJP's 'Good Governance' department at the institute, where events are often held for party workers.

He added the RMP in the past had trained activists of parties such as the Shiv Sena, Nationalist Congress Party, Congress and Maharashtra Navnirman Sena under its old 10-day 'Netritva Sadhana" programme -- the precursor to the new leadership course.

Sahasrabuddhe said the RMP was also open to leaders from other political parties delivering lectures on relevant issues to its students.

"Instead of asking any professor to teach communism, we will invite (CPI-M general secretary) Sitaram Yechury directly. We will be more than happy to welcome him, there is no issue," he added.

Sahasrabuddhe, however, said the ideological identity of the institute's administrators was "very clear" and that they were not apologetic about it.

In addition to this, there will be field/study tours to gram panchayats, zilla parishads, municipal corporations, assembly, NGOs, CSR projects, tribal villages in Maharashtra and Parliament.

The RMP will also offer students internship with elected representatives to help them understand how leaders work.