Soon, 'Namma Canteens' In Karnataka To Provide Breakfast At Rs 5 While Lunch, Dinner Will Cost Rs 10

This is the last "full term" budget presented by the Siddaramaiah-led Congress government before going to polls in early 2018. 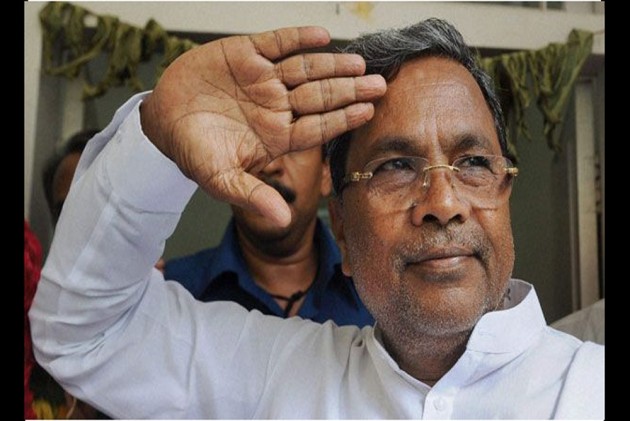 Print
A
A
A
increase text size
Outlook March 16, 2017 11:43 IST Soon, 'Namma Canteens' In Karnataka To Provide Breakfast At Rs 5 While Lunch, Dinner Will Cost Rs 10

Set to face the Assembly polls in a year, Chief Minister Siddaramaiah on Wednesday unveiled in the state budget proposals to set up subsidised food canteens, provide seven kg free food grains per poor person and 100 per cent preference for Kannadigas in certain private sector jobs.

Taking the cue from the popular "Amma canteens" in Tamil  Nadu, introduced by former Chief Minister late J Jayalalithaa, Siddaramaiah, who holds the Finance portfolio,said he proposed to launch "Namma Canteens" in Bengaluru, where breakfast would be provided at Rs five and lunch and dinner at Rs 10.

This is the last "full term" budget presented by the Siddaramaiah-led Congress government before going to polls in early 2018, in which it is expected to face a fierce bid from BJP to stage a comeback to power that it lost in 2013. It was also Siddaramaiahs 12th budget as Finance Minister and fifth as Chief Minister. He had earlier served as Finance Minister under the ministries headed by H D Deve Gowda and late J H Patel.

The 2017-18 budget presented in the Assembly does not propose any major changes in the rate structure in tax proposals, keeping in view the expected roll out of GST from July 1 this year. "Namma Canteen, a novel programme will be started to supply breakfast, lunch and dinner to the common man at  affordable prices," Siddaramaiah said.

He said one canteen in each of the 198 wards of Greater Bengaluru limits would be opened, where breakfast would be available at Rs five and lunch and dinner at Rs 10 and allotted Rs 100 crore for the scheme. "On demand from people,food grains being distributed under Annabhagya scheme will be increased from five kg to seven kg per person," he said.

He said 20 lakh poor families have already been brought under Annabhagya scheme through Public Distribution System which was announced by Siddaramaiah after assuming power with an intention to free the state from hunger. To encourage higher education, the government proposed that free laptops will be supplied to students getting admission in 2017-18 to Engineering, Medical, Polytechnic and First Grade Colleges.

Around 1.5 lakh students will be benefited from this. In a move considered as "linguistic appeasement", the budget states that government will take steps to ensure 100 per cent preference in employment of Group C & D jobs to Kannadigas and five per cent for differently abled in the private sector.