Sonu Responds to Fatwa by Shaving Off His, Says 'Will Have to Fight Fanaticism' 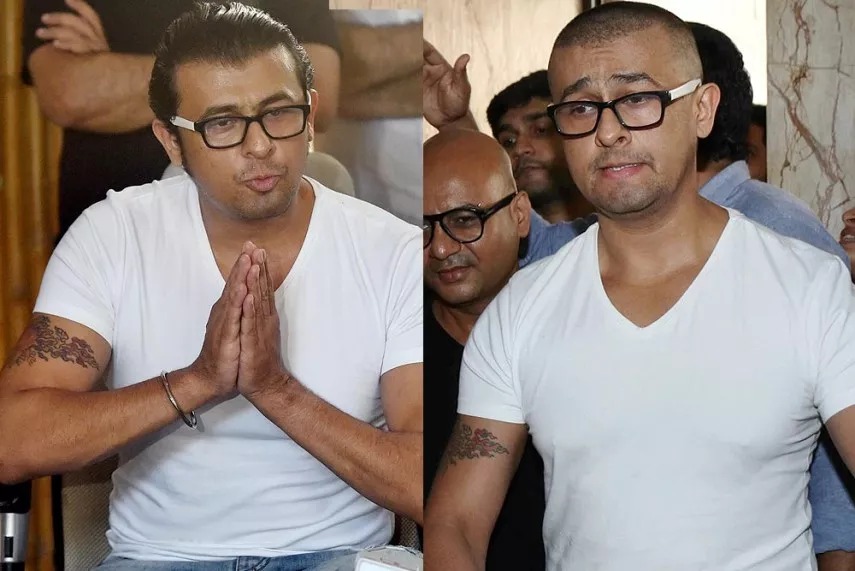 Print
A
A
A
increase text size
Outlook April 19, 2017 18:42 IST Sonu Responds to Fatwa by Shaving Off His, Says 'Will Have to Fight Fanaticism'

Sonu Nigam today got his head tonsured by a celebrity hairstylist at a press conference in response to a 'fatwa' by a Muslim cleric who took strong exception to the Bollywood playback singer's tweets critical of the use of loudspeakers in shrines.

He had called the press to talk about his tweets on Monday which led to an online furore and a fatwa being issued against him by Kolkata-based Syed Sha Atef Ali Al Quaderi, who had offered to pay Rs 10 lakh to anyone shaving Nigam's head.

Before hairstylist Aalim Hakim got into the act, Nigam stressed that his tweets were against the use of loudspeakers in morning sermons and not aimed at any particular religion.

"I only spoke against the use of loudspeakers. Everybody has a right to his opinion. I have the right to have an opinion and it should not be misconstrued. Loudspeakers are not a necessity; they are not a part of any religion," Nigam said.

His intention, he pointed out, was not to hurt anybody's sentiments. "If I have done anything wrong, please forgive me. My intention was just to talk on a social topic and not a religious topic," he added.

The singer said it was wrong to focus on one particular tweet where he described the broadcasting of sermons on loudspeakers as 'gundagardi' (hooliganism).

"People took one tweet of mine where I mentioned 'gundagardi' and ignored other tweets where I also talked about temples and gurudwaras," he said.

Nigam said if anyone thought him -- a person who considered the singer, Mohammed Rafi, as his father, and whose guru was Ustad Gulam Mustafa Khan -– as anti-Muslim, then "it is not my problem, but theirs."

People these days, he said, were either left wingers or right wingers, so a "secular" person like him was in a minority.

"I am a secular person, a neutral person. You will rarely find people who are neutral. So, I am the minority here."

After the conference got over, he went inside a room to get his head tonsured.

Nigam had hinted in a tweet earlier in the day that he planned to shave off his head.

"Today at 2 pm Aalim will come to my place and shave my head. Keep your 10 lakhs ready, Maulavi," he had tweeted, tagging a new report on the fatwa.

In a series of tweets on Monday, the 43-year-old had described as hooliganism the use of loudspeakers for broadcasting sermons and calls to prayers. "Gundagardi hai bus (it is hooliganism)," he had posted on Twitter.

Nigam took the challenge up and called Hakim to the press conference – a move that he also made public on Twitter.

The singer said he wanted to respond to the 'fatwa' in the language of love.

"The one who is cutting my hair is a Muslim and I am a Hindu. There is no animosity. The same language of 'fatwa' can be communicated in a language of love," he said.

"I don't think my religion is the best and yours isn't. I don't believe in that. You have to fight fanaticism. You can't be quiet," he added.

The cleric, however, is not satisfied with Nigam's gesture. "He only heard half of the fatwa. I had also mentioned a garland of old shoes," Syed Al Quaderi told a news channel.

Meanwhile a written complaint has been filed against Nigam at Jinsi Police Station of Aurangabad in Marathwada today, police said.

"We have received a written complaint against the singer but no FIR has been registered against him yet in this connection," Amitesh Kumar, Commissioner of Police, Aurangabad said.