Sonia Has No Role in It: Antony on AgustaWestland Case 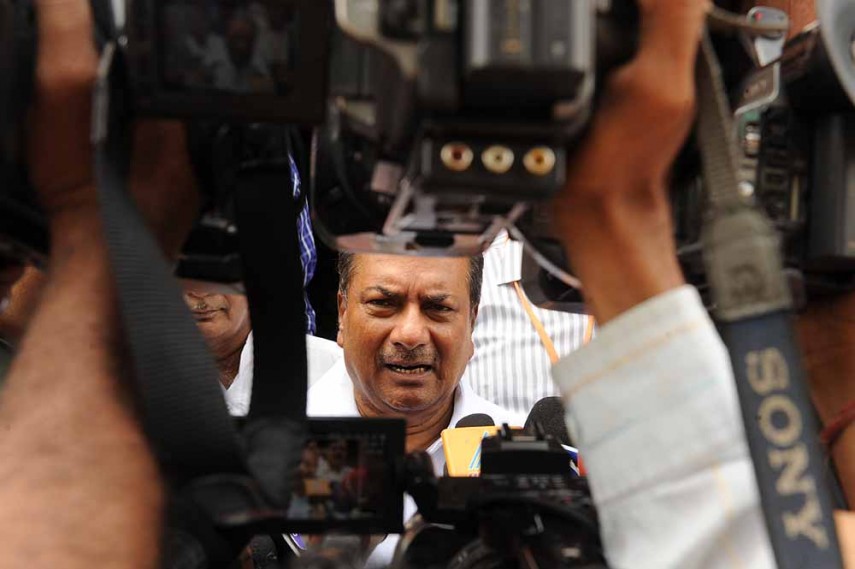 Print
A
A
A
increase text size
Outlook December 15, 2016 16:23 IST Sonia Has No Role in It: Antony on AgustaWestland Case

In the wake of bribery charges in VVIP chopper deal, former Defence Minister A K Antony today came out strongly in defence of Congress President Sonia Gandhi saying she had no role in the procurement and BJP will make a "laughing stock" of itself if it drags her name into the matter.

He also said that the way BJP leaders were claiming that CBI "will nail the culprits in two months" was not good for the agency investigating the AgustaWestland chopper deal.

"CBI is working under the directions of BJP, is that what they (BJP members) are attributing. I feel sorry. Don't tarnish the image of CBI like that," the Congress leader said.

"Soniaji has no role. There is no connection with Soniaji. Helicopters are meant for the use of President, Vice President and the Prime Minister. Soniaji has nothing to do with that. In the Italian court itself it was mentioned," he told reporters.

Antony said Gandhi has no connection with the decision, because the driving force behind this procurement was the Indian Air Force.

"They were telling that because the old Russian-made helicopter is not safe for VVIP travel. They wanted to change it. So 1999 onwards this procurement was there," he said.

He claimed that the utterances of BJP members showed that CBI is "under their thumb".

"What CBI is going to do within two months if BJP is saying. It is too much. That is, they are attributing that CBI is under their thumb, that is not good," he said.

Fresh revelations indicate that diaries of main middleman Christian Michel in the AgustaWestland VVIP chopper deal point out to bribes to the tune of millions paid to clinch the Rs 3,600-crore deal.