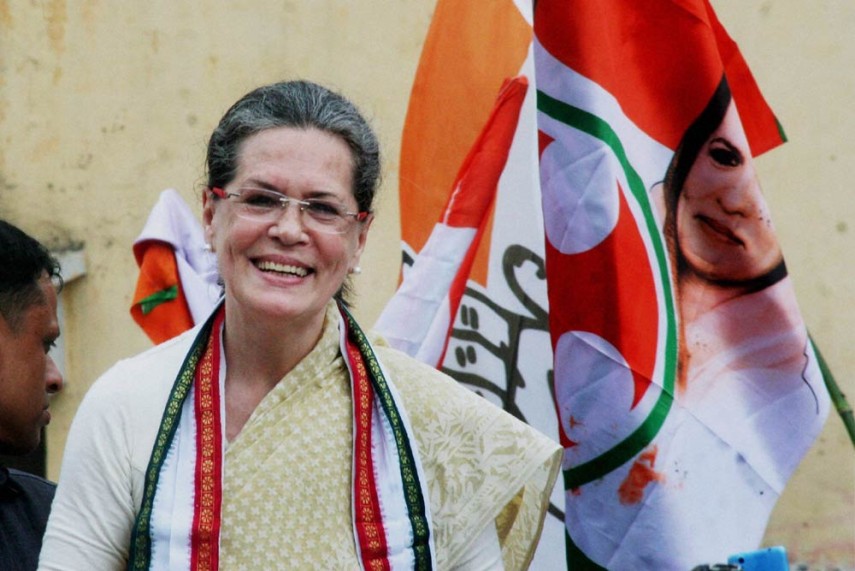 Congress chief Sonia Gandhi's condition has improved and she continued with more exercises today, according to the hospital where she underwent a surgery on her left shoulder four days ago.

She is recuperating well and her condition remains "stable", Sir Ganga Ram Hospital said in its latest medical bulletin here.

"Mrs Sonia Gandhi who has been admitted at Sir Ganga Ram Hospital, is making steady progress and her condition remains stable," according to the bulletin issued by Dr D S Rana, Chairman (Board of Management) of the hospital.

Her shoulder condition has improved and doctors have advised her to continue with walking and exercising, especially for the shoulder, a source said.

Dr Prateek Gupta, Orthopaedic Consultant from Sir Ganga Ram Hospital and Dr Sanjay Desai from Mumbai, who operated on Gandhi for a shoulder injury, had said yesterday that they were happy with her progress.

She had walked and did some exercises yesterday.

69-year-old Gandhi was shifted to the Sir Ganga Ram Hospital on Wednesday from the Army Research and Referral Hospital, where she was rushed soon after her arrival from Varanasi around midnight on Tuesday.

She had to cut short her roadshow in Varanasi after she was taken ill. She had fractured her left shoulder during the roadshow.

The Congress president was shifted out of the ICU on Thursday.

Sources said Gandhi is likely to remain at the hospital for at least a couple of more days.