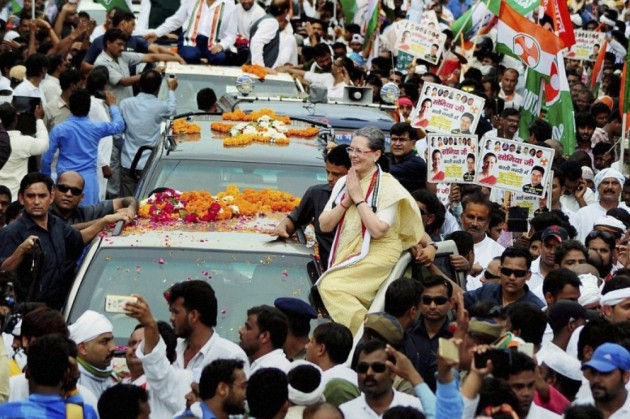 Punjab Congress on Sunday said that party president Sonia Gandhi will take the final decision on ticket allocation for the upcoming Assembly election.

The one-line resolution passed by a 34-member Punjab Congress Election Committee, headed by the party's state chief Amarinder Singh, said, "The eventual decision on selection of candidates for the Punjab assembly polls has been left to Sonia Gandhi and the committee would send its suggestions to the party leadership for further action."

All members of the committee have been provided dockets containing names of prospective candidates for each of the 117 Assembly constituencies in the state, Amarinder said.

"The committee members have been asked to check report cards of ticket seekers provided in the docket and give their suggestions by tomorrow, after which the list will be sent to the Congress Screening Committee," he said.

Reiterating that "winnability and merit" will be the key criteria in the selection of candidates, Amarinder said, "Suggestions of committee members and the shortlisted names will be forwarded to the screening committee, which is slated to meet in New Delhi, under the chairmanship of Ashok Gehlot, on November 23 and 24."

The screening committee will then submit its views to the Congress leadership and Sonia Gandhi will take the final call on ticket allocation, he said.

The Punjab Congress Election Committee is expected to release the first list of candidates in the first week of December after thorough scrutiny. It will send the list to the party's central leadership, Amarinder said.

Elections for the 117-member Punjab Assembly are due to be held early next year.