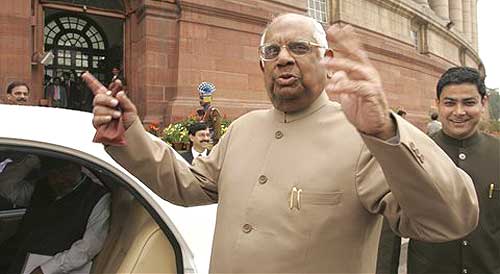 The Lok Sabha speaker said that "every institution today is trying to sort of either create problems for itself or denigrate itself."
File Photo

"Every institution today is trying to sort of either create problems for itself or denigrate itself. Instead of doing our respective work, we are trying to find out how to score points over each other," he told reporters.

Chatterjee said he had been of the view always that there was a Laxman Rekha (delineating line) for every institution.

"Let us remain within that as the Constitution provides. Let us all try to do the work honestly and sincerely. Let us get rid of corruption first. These are issues to be tackled so let's not fight among ourselves," he added.

Asked whether he disapproves of Gopalaswami's action, he said such things can not be sorted out through the media.