Some Students 'Fantasise' About Breaking India Under The Guise Of Freedom Of Speech, Says Kiren Rijiju

Anyone wants to break India is anti-national, he said 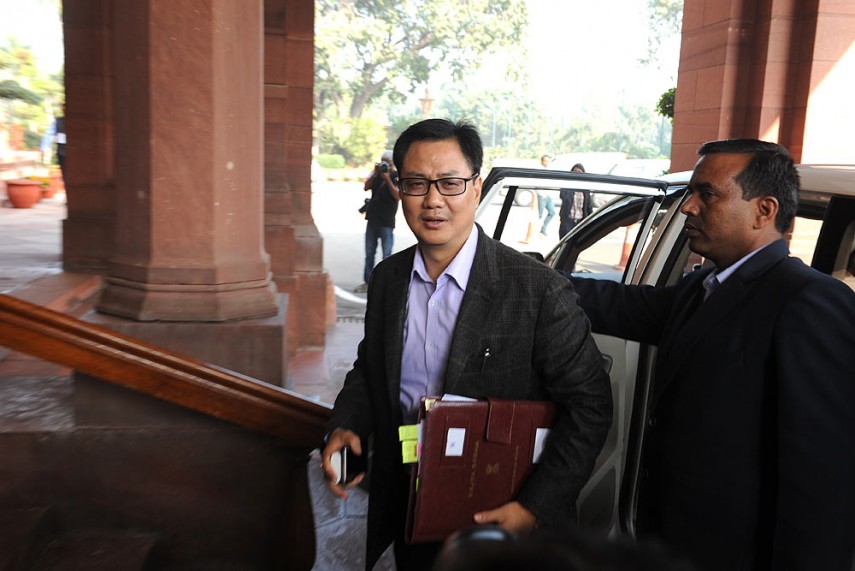 Print
A
A
A
increase text size
Outlook February 26, 2017 13:41 IST Some Students 'Fantasise' About Breaking India Under The Guise Of Freedom Of Speech, Says Kiren Rijiju

Union minister Kiren Rijiju today said nobody has the "absolute right" to define nationalism but anyone who wants to break India and supports terrorists can be called an "anti-national".

He also said under the guise of freedom of expression even some students "fantasize" about "breaking" India.

"Nobody has the absolute right to define nationalism but anybody who wants to break India, supports Afzal Guru and terrorists is anti-national," he said in a tweet.

The remarks came amidst the ongoing row over the clashes between the Left-affiliated AISA and the RSS-backed ABVP in Delhi University's North Campus.

Guru was hanged after his conviction in the 2001 Parliament attack case.

Rijiju, who hails from Arunachal Pradesh, said he was born in a border village which was occupied by China for a few days (in 1962).

"I grew up with the pledge to defend India as every Arunachalee is doing. If India does not remain united as a strong nation, what is the meaning of freedom," he said.

On Thursday, Rijiju had said freedom of expression in the country does not give right to make college campuses a hub of anti-national activity and no anti-India slogans will be allowed in the name of freedom of speech.

Tension prevailed in DU's North Campus in the wake of Wednesday's incident even as members of students' groups protested at several places, including at the Delhi Police headquarters, seeking action against the ABVP members.