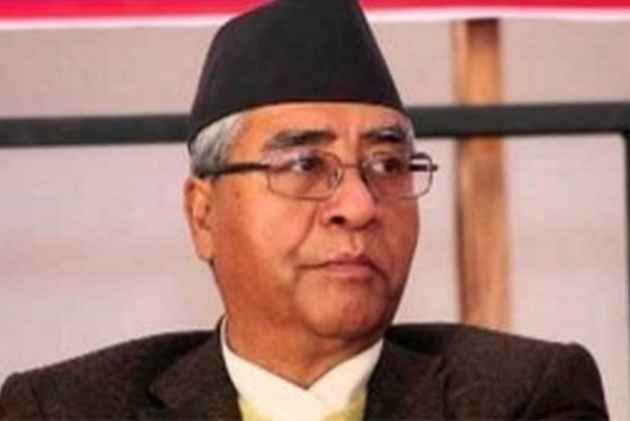 He will take the oath of office on Wednesday.

Deuba was elected to the post on Tuesday, that had fallen vacant following the resignation of Maoist Chairman Pushpa Kamal Dahal two weeks ago. Deuba, was the lone candidate for the post secured 388 votes out of 558 votes polled. Altogether 35 absented, in the House which has an effective strength of 593.

Deuba, president of Nepali Congress, largest party in the Nepal Parliament, will be heading a multi-party coalition, with the Communist Party of Nepal-Maoist Centre as the second largest constituent after Nepali Congress.

He will be the 10th Prime Minister in as many years, in a country that has seen 25 governments since 1991, and ten in the past ten years of political transition.


Nepali Congress and Maoist Center had signed a 3 point agreement with the Rastriya Janata Party promising to address their demands.

The agitating forces, which unified last year with this agreement, will now go for the local polls scheduled on 28 June.

Deuba was the sole candidate who contested for the post of Nepal Prime Minister held on Tuesday.

The opposition CPN- UML (Communist Party of Nepal- Unified Marxist Leninist) did not came forward in the electoral race but stood against NC Chief.

The Prime Ministerial election was scheduled on Sunday but was obstructed by the opposition UML over the issue of vote counting of Bharatpur.

Nepal has been facing political dissolution and rift for long time. It is the 19th government formed in Nepal in 18 years.