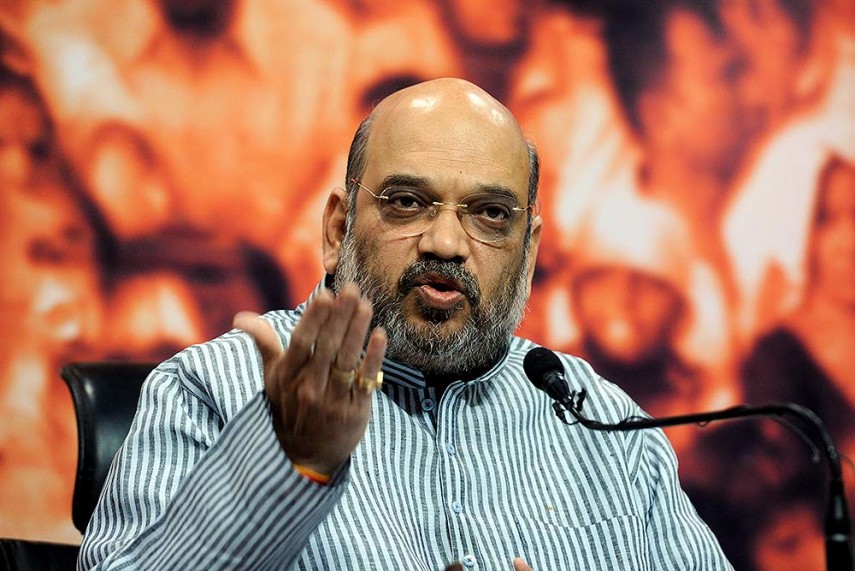 In a huge relief to BJP president Amit Shah, the Supreme Court today upheld the clean chit given by the subordinate courts to him in the Sohrabuddin Sheikh fake encounter case and rejected the plea for its revival.

"Rejected," said a bench comprising Justices S A Bobde and Ashok Bhushan while questioning the locus standi of former bureaucrat and social activist Harsh Mander for pursuing the case in which the victim's brother Rubabuddin Sheikh had preferred to withdraw the petition.

"When the person is genuinely aggrieved then the issue takes a different colour but when the person is not remotely connected and wants to revive the case then it's a different dimension," the bench said when senior advocate Kapil Sibal, appearing for Mander, submitted that he intervened as there was an attempt to "scuttle" the case in which the CBI had filed the charge sheet.

The senior advocate tried to justify Mander's locus standi by citing corruption cases but the bench rejected his contention, saying "there cannot be a comparison".

Sibal said the victim's brother had withdrawn his petition without citing any reason and thus, in this high-profile case, "public must get the feeling that nobody is above the law". The court shot back, noting it "does not consider anyone above the law".

Sibal said, "CBI has filed the charge sheet in such a serious case. There must be some reason that the trial was transferred from Gujarat to Maharashtra. The statement under section 164 of the Code of Criminal Procedure was recorded but I am unable to understand why did they (CBI) turn turtle. Even his (Sohrabuddin's) brother who filed the case against Shah withdrew his case later."

Mander had challenged the Bombay High Court order which had upheld the discharge of the BJP president by the trial court.

At the outset, the bench questioned the locus standi of Mander, while senior advocate Harish Salve, appearing for Shah, cited various judgments of the apex court to support the contention that the former bureaucrat, as a third party, did not have it in the instant case.

"This court has already held that if one is not connected with the case, he cannot interfere with anyone's trial," he said and added "it cannot be a case that if State is not going to file an appeal, I will file the appeal."

He said the court has held that a third party cannot be allowed to interfere in the trial unless it is aggrieved.

Salve was opposing the contentions of Sibal, who cited some earlier judgments of the apex court, to butress his point that any member of society can have a locus in the case.

Sibal said the Bombay High court should not have dismissed Mander's application and instead taken suo motu cognizance of the issue.

He said, "CBI has filed a charge sheet and had made Shah accused number 16. It is a case of murder."

In the petition, Mander had sought quashing of December 30, 2014 order of a Mumbai sessions court giving a clean chit to Shah in the case.

The petitioner had questioned the findings of the sessions court which was endorsed by the high court while exonerating Shah in the Tulsiram Prajapati killing case, holding that there existed "no case" against him and that he had been implicated for "political reasons".

Mander had petitioned the high court against the sessions court order which was dismissed by the Bombay High Court in March this year.

Sohrabuddin, a gangster, was allegedly abducted with his wife Kausar Bi by Gujarat police when they were on way from Hyderabad to Sangli in Maharashtra in 2005 and later killed.

Tulsiram, an aide of the gangster and an eyewitness to the encounter, was also killed allegedly by the police in 2006.