Smriti Irani Proves There's Something Wrong By Asking University Not to Make Her Details Public: Mayawati 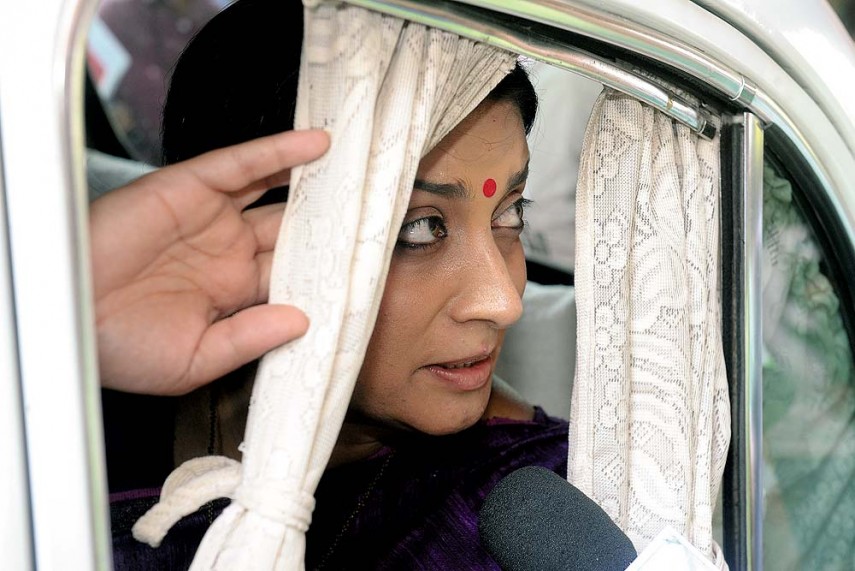 Print
A
A
A
increase text size
Outlook January 19, 2017 18:11 IST Smriti Irani Proves There's Something Wrong By Asking University Not to Make Her Details Public: Mayawati

BSP chief Mayawati today said it was the "moral duty" of Union minister Smriti Irani to make public details of her educational qualification.

Criticising Irani over the issue, BSP chief Mayawati in a press statement alleged that by asking the Delhi University not to disclose the details, she had only proved that there was something wrong in it.

"By asking the Delhi University not to make her details public, she has only bolstered the doubts that there is something wrong," she said.

"She should have allowed the School of Open Learning of the DU to make the details public after the order of the CIC," Mayawati added.

The controversy over Irani's educational qualification has been doing the rounds since she was the Union HRD Minister as she had allegedly furnished contradictory information in her affidavits in 2004, 2011 and 2014 to contest elections.

The Union minister had asked the DU not to disclose her educational qualification details to an RTI applicant, the School of Open Learning had told the Central Information Commission.

The commission has now directed the School of Open Learning (SoL) to produce before it all the records related to the educational details of Irani.