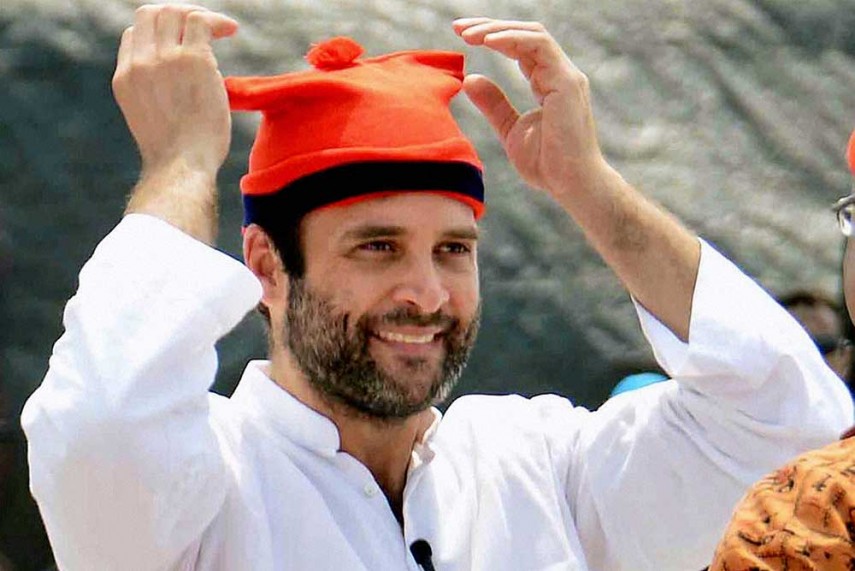 BJP leader Poonam Mahajan today took a dig at Rahul Gandhi, saying he is a "sleeping beauty", who is "seen dozing off in Parliament whenever she attends it" and asked him to wake up and stop "singing the raga of demonetisation".

"I have tagged him as a sleeping beauty. Whenever I come to Parliament, I see him sleeping. I thought he will speak on inflation, demonentisation... At least wake up. The country woke up, when will you wake up?

"My only advice to such leaders is 'stop singing the demonetisation raga'. The country is pacing ahead. Its golden period has begun," she said.

Thakur also taunted Gandhi for his "earthquake" remark, saying "it is Congress that will experience a quake because of him".

Gandhi had earlier said that he had information to prove Prime Minister Narendra Modi's "personal involvement in corruption" and that his remarks would cause an "earthquake" in Parliament.

Spelling out her plans for BJYM, Mahajan said she will focus on increasing the human-to-human contact and taking the Modi government's flagship programmes like Digital India to people.

She became emotional while making a reference to her father Pramod Mahajan and said the late BJP leader had told her that "an organisation is important than an individual".