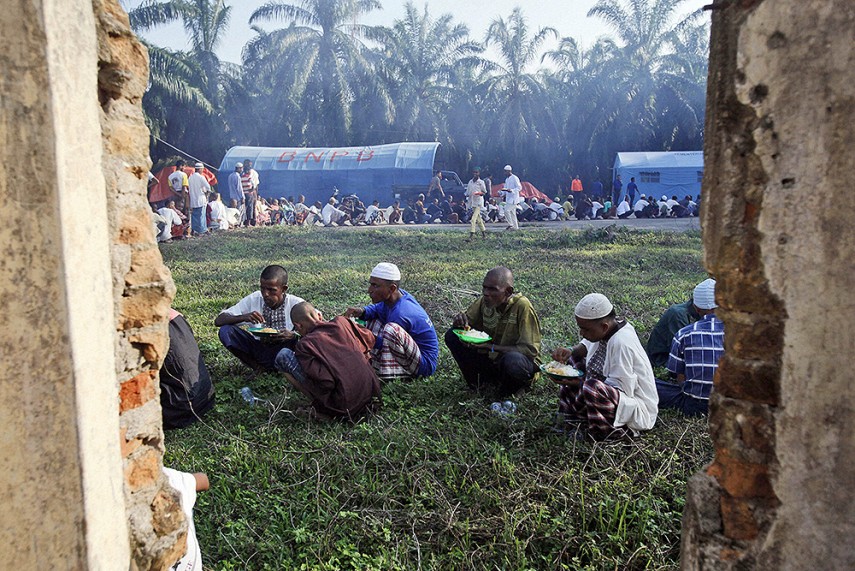 Nine provinces in Thailand's south have been beset by monsoon rains for nearly a week, the Interior Ministry said in a statement.

Six people have been killed and at least 120,000 households have been affected, it added.

The deluge has turned roads into rivers, upended stretches of rail track and delayed flights, including on the island of Samui -- a popular tourist destination.

Photos circulated on social media showed cars nearly submerged in muddy waters, with some foreign tourists bobbing along in inflatable tubes to the amusement of onlookers.

Tuula Fitzpatrick, the owner of a guesthouse on Samui, said the flooding was the worst to hit the island in over a decade.

"In our guesthouse there were lots of people whose flights were cancelled," she told AFP.

"I've been living here for 12 years and I've never seen it so bad... It was scary. Some of my staff couldnt come to work."

Rail services have also been disrupted on the mainland, with trains unable to pass through the flooded region, authorities said Friday.

"The flood waters have hit the tracks and in some places the track was washed away," said Thanongsak Kongprasert, deputy governor of the State Railway of Thailand.

Junta chief Prayut Chan-O-Cha is scheduled to visit the southernmost province of Narathiwat on Friday to meet with flood victims and officials.

The region borders northern Malaysia, where thousands of people have been stranded in relief centres by heavy rains.