Situation Is Way Beyond Fascism: Arundhati Roy on FTII Row 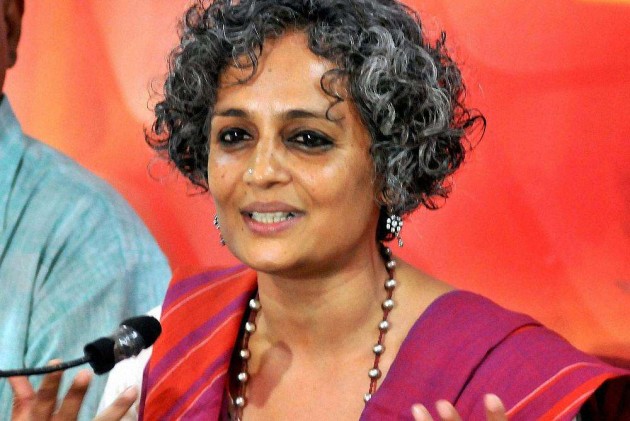 Print
A
A
A
increase text size
Outlook September 19, 2015 20:10 IST Situation Is Way Beyond Fascism: Arundhati Roy on FTII Row

As the impasse over FTII issue entered the 100th day, award winning writer Arundhati Roy today came out in support of the agitating students and said the nation was facing a "collective assault on its IQ" and the situation was way beyond fascism.

Referring to the protesting students, Roy said,"These kids are the last people standing."

"We are facing a collective assault on the IQ of this country and this is a part of dismantling our collective intelligence," Roy told reporters at the protest venue in Jantar Mantar.

Talking about the FTII row, Roy said sometimes she heard that government is trying to find a solution which also gives them a face-saver. "The situation is quite serious," she said.

"When you will dismantle universities like this. When you will overhaul syllabus, when....Non scholarly atmosphere will be created where anybody can do anything.... Clean ICU's with cow urine, then it is very dangerous," she said.

Earlier, while addressing the protesting students, Roy said that comments were being made that Ganesha indicates that plastic surgery was initiated in India, or cow urine to clean hospitals and that Culture minister is talking about things like "cultural pollution".

Institutions like FTII and Nehru Memorial are under attack, she added. "The situation is way beyond fascism," Roy said.

In an apparent dig at actor Gajendra Chauhan, who portrayed 'Yudhidhthir' in tele-serial Mahabharat and whose appointment as FTII chief triggered the protests, Roy said mythological characters are being chosen to head film schools.

Speaking to students, who took out a protest march from Mandi House to Jantar Mantar here, Roy said that she had been asked why she had come there.

"I am saying that these kids are the last people standing. They are standing up because we are really suffering an assault on the collective IQ of this nation," Roy said.