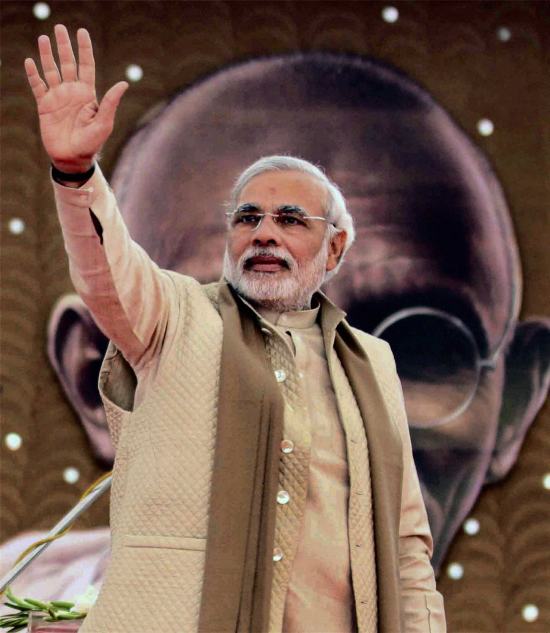 outlookindia.com
-0001-11-30T00:00:00+0553
The Supreme Court-appointed Special Investigation Team has found no prosecutable evidence against Chief Minister Narendra Modi and 57 others in the complaint filed against them by Zakia Jafri in the 2002 Gujarat riots, a Magisterial court said today.

The court also ordered that Zakia, widow of former Congress MP Ehsan Jafri, who was among those killed in the Gulburg society carnage, be given copies of all the related documents and reports within 30 days.

Metropolitan magistrate M S Bhatt, in his order on a batch of petitions seeking copy of the SIT report, said the investigators have filed a closure report and found no prosecutable evidence against any of the accused named in Zakia's complaint. Modi was on the top of the list of persons named in the complaint.

"According to SIT, no offence has been established against any of the 58 persons listed in Zakia's complaint," the court said.

"Therefore, as per the Supreme Court's order and principle of natural justice the complainant has to be given copy of the report and related documents," it said, adding no notice was needed to be issued to Zakia as she had already approached the court seeking a copy of the report.

"It is hereby ordered that as per Supreme Court order Zakia will be given copies of the investigation report, statements of witnesses and all related documents within 30 days of this order."

Zakia, widow of Eshan Jafri, who was killed in Gulburg society riots along with 68 others, had filed a complaint against Modi, his ministerial colleagues, top police officials and BJP functionaries accusing them of wider conspiracy in the 2002 riots in which more than 1,000 people, mostly Muslims, had been killed.

The apex court had ordered an inquiry into the complaint filed by her and appointed the SIT headed by R K Raghavan to probe it.

The SIT had submitted its report to the Supreme Court after conducting investigations into Zakia's complaint during which it questioned several people, including Modi, who was quizzed for more than nine hours.

The apex court had after going through both the reports directed the SIT to submit a final report, along with the entire material collected by the it, to the court of the Metropolitan Magistrate. The SIT submitted its final report on February 28.

In its order dated September 12, 2011, the Supreme court had said that if the SIT found there was no sufficient evidence or reasonable grounds for proceeding against any person named in the complaint, the court shall, before taking a final decision on such ‘closure’ report, issue notice to the complainant and make available to her copies of the statements of the witnesses, other related documents and the investigation report.

Reacting to the SIT's closure report, Zakia said she was "pained" and vowed to continue her battle for justice.

"In the court of the Lord above, justice can get delayed but not denied. I am sure that truth will come out and I will get justice," she said.

Acknowldeging that the path ahead was difficult, she said, "Court follows the truth and I have full faith in it."

"It is a huge disappointment as the SIT has filed a closure report, worst fears have come alive," Teesta Setalvad of the NGO Citizen for Peace and Justice, working for the riots victims, said.

"Amicus Curiae Raju Ramchandran had also submitted a report on the SIT findings, we have to see that whether that report has been included by the SIT in the final report submitted to the metropolitan magistrate," Setalvad said.

She said the court should hear them before taking a final decision on the SIT report.

Tanvir, son of Eshan Jafri, said he had apprehensions about the SIT filing a closure report. "It is SIT which is saying that (there is no evidence against Modi) and not the court. We had this fear that they are going to file a closure report.

"SITs judgement is not of any value if magistrate decides against it. It may take time but we are going to fight it out," he said.

BJP lader Yatin Oza, however, described the closure report as "a big slap" on the face of those who had been criticising Modi "at the behest of our opponents".

BJP also said the 2002 riots cannot be used as a "bogey" to sustain the campaign against Modi.