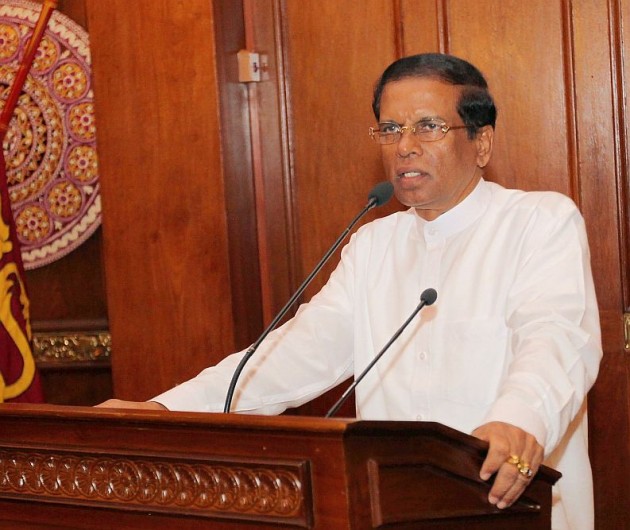 Sri Lankan President Maithripala Sirisena has dismissed as "dream" the claim by his predecessor Mahinda Rajapaksa that he would make a political comeback by toppling the current government this year.

"Certain people can dream but the government would not be toppled before 2020," Sirisena said, addressing a gathering last night at the state radio.

"The government could only be changed by the public at the next election. There will be no action to violate the law and violate the constitution," Sirisena stressed, referring to Rajapaksa's recent comments that the Joint Opposition of his supporters could change the government through a roll in the head count in parliament.

Rajapaksa's supporters expect Sirisena to break the unity government with Prime Minister Ranil Wickremesinghe by sacking him and setting up a Sri Lanka Freedom Party government.

"People who tasted power by abusing all privileges are keen to see the government toppled. I clearly tell them that there will be no room for that without public approval," he underlined.

Sirisena said 2017 would be important to Sri Lanka in its economic revival and development.

"We have planned for development projects with international cooperation," he said.

Earlier this week, Wickremesinghe challenged Rajapaksa to topple the current government, saying: "I will be going next week to Switzerland for one week giving Mahinda time to bring the government down."