Sibal Gets Additional Charge of Law, Joshi Gets Rail 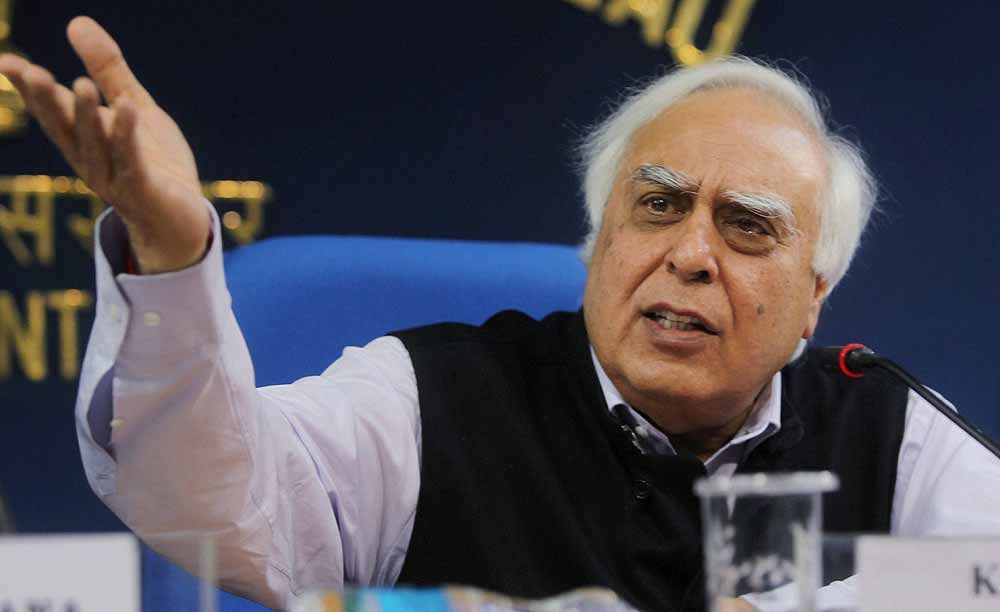 Print
A
A
A
increase text size
Outlook May 11, 2013 13:57 IST Sibal Gets Additional Charge of Law, Joshi Gets Rail

A Rashtrapati Bhawan communique made these announcements after Prime Minister Manmohan Singh recommended these changes to President Pranab Mukherjee, who accepted the resignations of Kumar and Bansal.

Railway Minister Bansal resigned yesterday following the arrest of his nephew Vijay Singla last week for allegedly accepting Rs.90 lakh for fixing promotion in Railway Board while Kumar quit in the wake of a raging controversy over his vetting the CBI probe report in the coal block allocations scam.

Sibal, an eminent lawyer himself, will get an opportunity to handle the Law ministry for the first time, while Joshi has held the Railway portfolio as temporary charge last year after the exit of Trinamool Congress nominee Mukul Roy.

"The President of India, as advised by the Prime Minister, has accepted the resignation from the following members of the Council of Ministers with immediate effect: Pawan Kumar Bansal and Ashwani Kumar.

"Further, as advised by the Prime Minister of India, the President has directed that the additional charge of the Ministry of Railways and the Ministry of Law and Justice shall be given to Dr C P Joshi and Shri Kapil Sibla respectively," the communique said.

The changes in the portfolios notwithstanding, there is speculation that there could be a reshuffle of the Union Council of Ministers soon to fill up some vacancies caused by the DMK's exit from the government and the need to place new nominees in the departments being held as additional charge.