Should Take Over PoK If Pak Doesn't Stop Interfering: Athawale 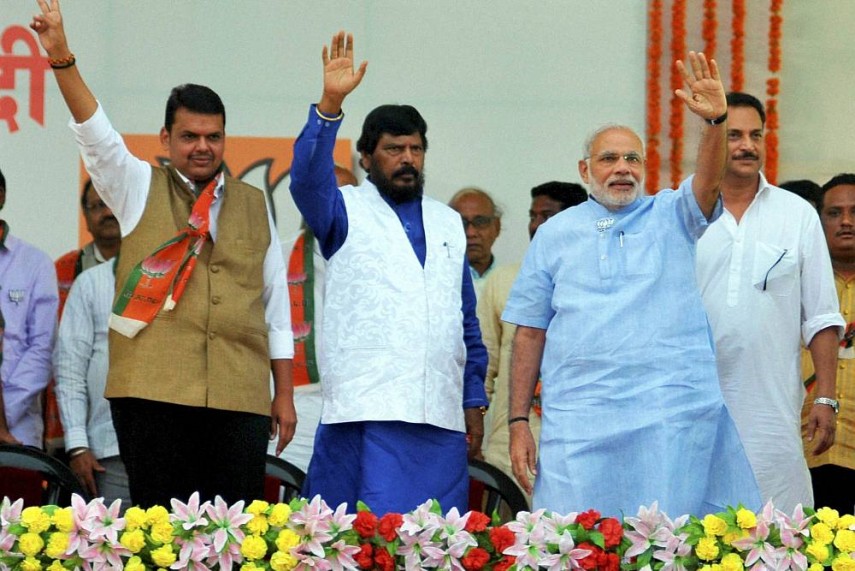 Print
A
A
A
increase text size
Outlook August 21, 2016 20:40 IST Should Take Over PoK If Pak Doesn't Stop Interfering: Athawale

Union Minister of State for Social Justice Ramdas Athawale today said India should take control of Pakistan-occupied Kashmir (PoK) if the neighbouring country did not stop its mischief.

"We do not need a war with Pakistan. But if Pakistan interferes in our internal matters, I think we should take control of PoK," Athawale said, speaking to reporters during the 'Tiranga Yatra' here.

"Forces like Pakistan are conspiring against India by spreading terrorism. Pakistan should stop anti-India activities as the Indian army is far stronger than Pakistani army," the RPI (A) chief said.

"We appeal to Pakistan to give up its control of PoK. The part of Kashmir which is occupied by Pakistan is India's integral part," the minister stressed.

China too should not encroach upon Indian territory, Athawale added.