Shocked by Leak But Have Faith in ICC: McCullum 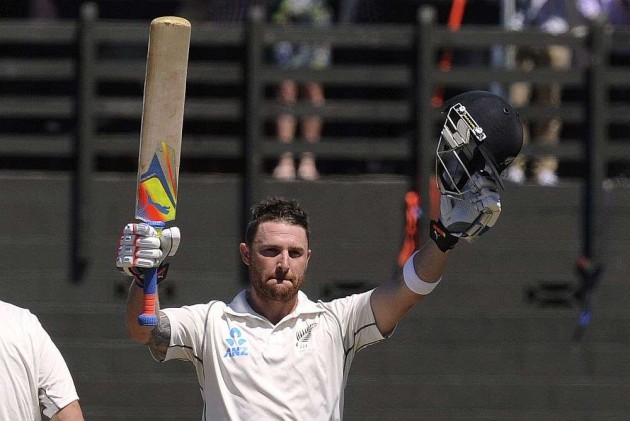 Brendon McCullum today said he was left "shocked" and "disappointed" by the leak of his testimony in a match-fixing case but the New Zealand captain still has faith in the ICC and will continue to assist the governing body's investigation.

Back in the country to be with his wife for the birth of his third child, McCullum broke his silence on the controversy that followed the leak of his testimony to the ICC which stirred up a storm in international cricket.

In the leaked testimony to the ICC, McCullum had admitted to being approached to fix a match during New Zealand's 2008 tour of England and the Indian Premier League by a former cricketer identified merely as "Player X".

"Let me be clear, I have never ever fixed a cricket match. I am 100 per cent behind the fight against corruption in the sport," he said at a press conference here.

The ICC is currently probing how the testimonies of McCullum and his former teammate Lou Vincent, who is also being investigated for corruption, were leaked to the media.

"I gave my testimony to the ICC in good faith so I was shocked when I read it in the media," McCullum said.

"I hope it does not stop others coming forward in the future as all players need to play their part in stamping out corruption," he added.

McCullum, who has been given an all clear by the ICC, said he will continue to offer his support to the governing body's probe into corruption and encourage others to do the same.